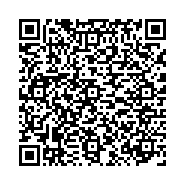 Particle swarm optimization (PSO) has been proven to be a reliable method to deal with many types of optimization problems. Specifically, when solving multi-objective PSO (MOPSO) optimization problems careful attention must be paid to parameter selection and implementation strategy in order to improve the performance of the optimizer. This paper proposes a novel MOPSO with enhanced local search ability. A new parameter-less sharing approach is introduced to estimate the density of particles’ neighborhood in the search space. Initially, the proposed method accurately determines the crowding factor of the solutions; in later stages, it effectively guides the entire swarm to converge closely to the true Pareto front. In addition, the algorithm utilizesthe local search method of gradient descent to better explore the Pareto-optimal region. The algorithm’s performance on several test functions and an engineering design problem is reported and compared with other approaches. The obtained results demonstrate that the proposed algorithm is capable of effectively searching along the Pareto-optimal front and identifying the trade-offsolutions.