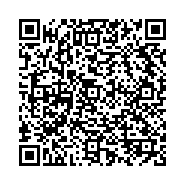 Service Quality the Road Ahead for Student's Satisfaction

The basic purpose of the current study was to investigate the relationship between service quality and student’s satisfaction using HEdPERF model. The present study selected 384 respondents from 28 universities of Khyber Pakhunkhwa (Pakistan) using proportionate stratified random sampling method. The data was analysed with the help of SPSS and AMOS to measure service quality and student’s satisfaction in higher education industry. The Factor Analysis and Parallel Analysis were also applied for purification of the data. The Structural Equation Modelling was used for the acceptance and rejection of hypotheses. The model fit indices GFI, CFI, RMSEA and SRMR were also applied. Findings of the study reveal that among five dimensions of service quality academic aspects ranked as the most important dimension of service quality.

One common challenge faced by every education institution is how to service its student’s better. Delivering excellent quality service is vibrant and important for the success and growth of the organization [1]. The higher education industry has not been exempted from either high competition and student’s demand for excellent service quality [2,3]. Currently students have a wide range of universities services to pick from and better service quality indeed influences a university competitive advantage as well [1,4,5].

Service quality is considered an important factor for higher education institutions. However, most of the research studies were focused on the Malaysia [6,7], India [1,8], UAE [5,9] UK, [3,10], and Africa [2,11], and very few studies has been undertaken to measure service quality of universities in Pakistan. Therefore, it is very important for organizations to possess knowledge about the student’s’ behaviour and satisfaction in order to deliver better service quality to its student’s.

The higher education performance model was developed by Abdullah in 2005 called HEdPERF model. Which is consists of six dimensions namely, non-academic aspect, academic, access, programme issue and understanding. The objective of HEdPERF model was to develop a scale that measures the service quality of higher education industry. The scale was composed of six dimensions with 41 items. The most important dimension of HEdPERF scale was access [16]. The study found that student’s perceived access was the most influential variable to measure service quality, which is related to the approachability, ease of contact, and availability. Later-on the HEdPERF scale was modified into five dimensions with 38 items.

Non-academic aspects: This dimension related to the duties carried out by the non-academic staff which fulfils the needs and requirements of the study in the institutions [16].

Reputation: Reputation refers to the image of the institution perceived by the student’s [16].

Objectives of the Study

• To identify the association of academic aspects with student’s satisfaction.

• To identify the association of non-academic aspects with student’s satisfaction.

• To identify the association of access with student’s satisfaction.

• To identify the association of reputation with student’s satisfaction.

• To identify the association of programme issue with student’s satisfaction.

H1: Academic aspects has a significant association with student’s satisfaction.

H2: Non-academic aspects has a significant association with student’s satisfaction.

H3: Access has a significant association with student’s satisfaction.

H4: Reputation has a significant association with student’s satisfaction.

H5: Programme issue has a significant association with student’s satisfaction.

Figure 1 with details are mentioned. The higher education sector of Pakistan was the population of the study. The public and private sector universities of Khyber Pakhtunkhwa (KP) were the target population of the study. According to Higher Education Commission of Pakistan 36 universities imparting education in KP out of which 28 universities were considered for data collection on the personal judgement. The present study takes into consideration only those universities which are established before 30th June 2010. There are 384 respondents were selected as a sample for the current study. The adequate sample size for the analysis of the data would have a ratio of 10 to 1. In first phase of the sample size only 28 universities were selected for data collection. In second phase of the sample sized proportional allocation technique was applied, where the size of the sample from universities were kept proportional to the sizes of the population. The third phase was consisting of systematic sampling technique with the aim to draw sample from departments and faculties. According to Hair et al., [17] specific item would be selected based on random sampling technique in systematic sampling technique. In present study the first item was selected randomly in the class and the remaining unit of sample were selected at fixed interval. The randomly selected unit was every 2nd student in the class. The adapted questionnaire of Abdullah [16] was used in the present study. The HEdPERF model was consists of five dimensions namely, academic, non-academic, access, programme and reputation aspects of service quality. The questionnaire was reliable and already tested by Abdullah [16] to measure higher education industry performance. Factor analysis is one of the important stages of data factorization. According to Tabachnick & Fidell [18] an adequate sample size should be at least 150 to 300 and correlation matrix should be greater than 0.3 for data analysis. Nunnally [19] recommended 10 cases for each item in data factorization. The value of Bartlett test of Spherecity should be significant at p<0.05 level and recommended value for KMO should be greater than 0.6. Principal component technique was used for the extraction of factors. The eigenvalue or Kaiser’s criterion was applied for the factors to be retained for further investigation. Those items were retained for analysis which has value greater than 1. The Parallel Analysis technique was also used for further items reduction.

Demographic profile of the respondents

The Table 1 shows the profile of the respondents. The male respondents were 71.4% and 28.6% in the current study. Many students were at the range of 21-25 years old. Similarly, the students of master classes were 45.1% in the present study. The higher studies students were only 4.4% and 11.2% in PhD and M.Phil.

Factor analysis and reliability analysis of academic aspect: The dimension academic aspect is associated with the responsibilities of the academics. The items AD1, AD, AD5 and AD6 were retained for further investigation. These items were having the highest loading ranging from 0.775 to 0.851. The value of KMO was 0.81 which was higher than the suggested value and BTS was also significant at 0.05. The value of Cronbach alpha was 0.72.

Factor analysis and reliability analysis of non-academic aspect: The dimension non-academic aspect consists of those items which are directly related with non-academic staff of the organization to fulfil the requirements of the student’s. The items NA2, NA4, NA7 and NA8 were retained for the analysis of the data. The remaining items were deleted. The eigenvalue criterion was applied for the items reduction. The present study retained those items with higher loading ranging from 0.576 to 0.783. The Cronbach’s alpha value was 0.710 for the dimension non-academic aspect. The value of KMO was greater than the suggested value of 0.6 and BTS was significant at p<0.05 level.

Factor analysis and reliability analysis of access: The dimension access refers to the ease of contact, approachability, availability and convenience of academic and non-academic staff. The results of factor analysis revealed that only highest loading factors were retained for further analysis. The highest loading items were AC1, AC3, AC4, and AC6 ranging from 0.558 to 0.714. The KMO was 0.85 and BTS was significant. The Cronbach Alpha value was 0.752 greater than the suggested value and Kaiser’s rule of thumb was also applied for retained items.

Factor analysis and reliability analysis of reputation: The reputation refers to the importance of higher education institutions that build an image and goodwill in the mind of customers. The Cronbach Alpha value was 0.764 and Kaiser’s eigenvalue rule was applied for the data analysis. The retained items were RU1, RU2, RU5, and RU6 in dimension reputation with loading 0.706 to 0.820. The value of KMO was greater than the recommended value and BTS was also significant.

Factor analysis and reliability analysis of programme issues: The dimension programme issues deal with the up-to-date academic’s programme and specialization offers by the organization with flexible structure and course outlines to the student’s. The items retained after the factor analysis were PR2, PR4, PR5 and PR6 for further investigation (Table 2). The eigenvalue criterion was applied for the retention of the items (Table 3). The value of Cronbach Alpha was also higher than the recommended value. The KMO value was 0.82 which is higher than the suggested value and BTS was significant at 0.05 levels.

Factor analysis and reliability analysis of understanding: This dimension emphasizes to understand the student’s specific need in terms of counselling and health related services. The items retained with highest loading were U1, U3, U5 and U6. The Kaiser’s rule of thumb was also applied to retain items for further investigation. The KMO was also higher than the recommended value. The six dimensions of 41 items of the HEdPERF were subject to principal component analysis by using SPSS version 21. Before conducting PCA the FA was performed the factorization of data. Examination of the correlation matrix revealed the presence of coefficient 0.3 and above. The KMO value was also greater than the suggested value of 0.06 and BTS was also significant. The PCA revealed the existence of six dimensions with eigenvalue higher than 1. Therefore, it was decided to retain the dimension with 25 items for further evaluation. However, after conducting the Parallel analysis only five dimensions with 20 items were retained for further investigation. The value of dimension understanding was lower than randomly selected eigenvalue. Therefore, the dimension understanding was dropped from further evaluation.

A hypothesis testing is one of the most important stages of data analysis. The present study applied Structural Equation Modelling (SEM) technique for the testing of hypotheses. The most commonly used indices are goodness of fit (GFI), comparative fit indices (CFI), the root mean square error of approximation (RMSEA), standardized root mean square residual (SRMR) etc. according to Hair et al., [17] and Kline [20] suggested value for GFI, CFI should be greater than 0.90 and RMSEA should be less than 0.06. Similarly, the value for SRMR should be less than 0.08 [21] (Table 5).