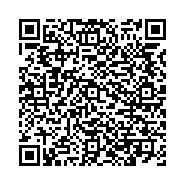 What are NCDs and why do they represent a major challenge for health systems worldwide?

Until recently, NCDs were considered mainly a problem of industrialized countries, while low-income countries were primarily faced with communicable diseases. In fact, NCDs are a global problem: they are currently responsible for two out of three deaths worldwide - i.e. about 38 million deaths annually, 80% of which in low- and middle-income countries and for 25% of premature deaths (deaths occurring before the age of 60). They also represent nearly 60% of the global disease burden in general. And the costs associated with NCDs are astronomical: they were estimated at US$ 6.3 trillion for the year 2010, and projections for 2030 are in the rage of US$ 13 trillion [1]. In many cases NCDs cause poverty, marginalization and even discrimination and stigmatization.

Are there ways to fight/control NCDs?

Our societies and the international community have the expertise and capacity to prevent millions of premature deaths associated with NCDs, and they would require relatively few additional resources to do so.

The global Alliance against NCDs advocates a strategy for a 2% annual reduction of deaths from NCDs within a decade, i.e. about 36 million lives saved. The estimated cost for implementing such a worldwide strategy would be about US$ 9 billion per year [2].

Leadership: Leadership must be ensured by political authorities both nationally and internatifonally. This includes putting the fight against NCDs atop the political agenda, adopting a multisectoral approach which includes all public and private components of society, developing well-defined and precisely targeted interventions that allow thorough evaluation.

Prevention/Health Promotion: Priority should be given to containing the principal risk factors responsible for NCDs, the so called “best buy interventions” [3], i.e. the most efficient ones. First on the list is the fight against smoking through implementation of the WHO Framework Convention on Tobacco Control, whose ultimate goal is a world without tobacco by 2040. Other priorities include reducing daily salt consumption to no more than 5 g per person by 2025, reducing alcohol consumption, and promoting the access to healthy food and daily physical activity from an early age. This can be done at a relatively low cost (estimations range from US$ 0.5 to US$ 4 per person per year, depending on the country).

Treatment: This involves strengthening basic care in order to provide easy access to quality medical care at a reasonable cost to anyone at risk of NCDs. Furthermore, access to vaccines needs to be ensured for people at risk of developing cancer due to infectious agents, as should access to palliative care for people with debilitating diseases, allowing them an end of life in dignity.

International Cooperation: This involves prioritizing the control of NCDs on the global agenda, including the allocation of appropriate resources and establishing synergies with other global health priorities such as the impact of climate change on health.

This strategy has been supported by the United Nations General Assembly Resolution A/66/L.1 on the Prevention and Control of Noncommunicable Diseases and by the Resolution of the 65th World Health Assembly, defining as a new major health objective the decrease of 25% of preventable deaths due to NCDs by 2025 [4,5].

The strengthening of health systems in such a context appears crucial; it should focus not only on better and more readily accessible patient-centered care but also on stronger and more readily available health promotion and prevention programs. Efficient management is called for, as is strong political support and development of the relevant healthcare workforce. This is especially true for low- and middleincome countries which face major challenges in the health sector. They are still facing big challenges in their fight against infectious diseases, yet, due to changing population structures and to increasingly western lifestyle, the NCDs are massively on the rise. This in turn calls for better national strategic health planning and more efficient resource allocations by ministries of health and national authorities at large. Yet, for such actions, strong health governance and visionary leadership is needed, and this might be missing in many situations. Perhaps some help might come from strategies developed at an international level, such as the above mentioned WHO-recommended “best buy practice”: priority to be given to interventions that yield maximum efficacy and moderate financial investment. Another potentially useful approach is the One Health Tool, “a software tool designed to strengthen health system analysis and costing and to develop financing scenarios at the country level” [6], especially designed for assessing health investment needs in low- and middleincome countries on the long run.

Copyright: © 2016 Chastonay P, et al. This is an open-access article distributed under the terms of the Creative Commons Attribution License, which permits unrestricted use, distribution, and reproduction in any medium, provided the original author and source are credited.