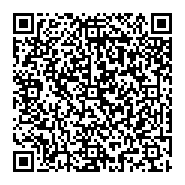 Towards Greener Liquid-Liquid Extraction Using Hydrotopes and Synergism Between Amphiphiles

Hydrometallurgy heavily relies on liquid-liquid extraction. Liquid-liquid extraction is a colloidal and interfacial process driven by chemical potential differences of cations dispersed in different liquids. Current methodology at lab, pilot or plant scale is systematic experiment plans to select best conditions. Phenomena as ubiquitous as synergy between extractants have no explanation, as well as the usage of solvotropes1 or hydrotropes to increase yield and reduce third phase formation.
Going beyond the classical modelling by supra-molecular chemistry and set of parallel transfer reactions modelled as decomplexation-recomplexation reactions, the “ieanics” approach considers only chemical potential differences between organized fluids (as for electron potential in doped semi-conductors). The solvent phase contain weak aggregates of complexing molecules sharing properties with water-poor reverse micelles 2. Chemical potential includes mixing entropy in disordered fluids 3. This approach relies on the identification by X-ray and neutron scattering of the extracting dynamic aggregates (as well as the precise measurement of the free energy of transfer4. Relative role of entropy versus solvation was understood for hydrotropes only in 2016. 5
Making greener knowledge-based processes heavily relies on this ieanics approach that uses quantities that are measurable instead of state of equilibrium constants between “complexes” and “speciation”.
Several examples of processes for which predictive modelling allows minimization of effluents will be given:
Optimizing mole ratio between solvating and ion-exchanging extractant molecules: entropy only improving selectivity
Noble metal recovery from wastes using diamide using advanced molecular topology with matching affinity.
Probing the existence of uranyl tri-sulfates in the AMEX process in presence of modifiers 6
as well as new possibilities allowed by the usage of hydrotropes in a formulation for which small dynamic ultra-flexible microemulsions are formed.