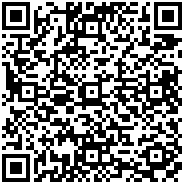 The New Era of Virus-Like Particles Based Vaccines

Virus-like particles or what is called VLPs for short are considered a useful tool in the development of vaccines. These VLPs-based vaccines have attracted the attention of many biotech and pharmaceutical companies as effective treatment for many types of non-infectious chronic diseases. VLPs simply resemble viruses; however they are noninfectious due to the lack of viral genome. The expression of envelop or capsid proteins result in the self-assembly of the particle, this assembly can easily be carried out in bacteria, yeast, plant cells or insect cell lines. The presence of repetitive viral surface protein epitopes is successful in eliciting strong B cell responses. VLPs have also high safety profile due to the lack of viral genome and lack of the ability to replicate. This area of research is not really new, the discovery of hepatitis B virus derived VLPs goes back to 1976.