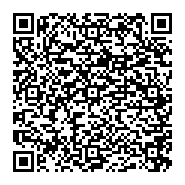 This study analyzes and compares the economics and sustainability aspects of two hydrogenation processes for producing renewable methanol and ammonia by using wind-power based electrolytic hydrogen. Carbon dioxide from an ethanol plant is used for producing methanol, while the nitrogen is supplied by an Air Separation Unit (ASU) for producing ammonia. The capacities are 99.96 mt/day methanol and 1202.55 mt/day anhydrous ammonia. The methanol plant requires 138.37 mt CO2/day and 19.08 mt H2/day. The ammonia is synthesized by using 217.72 mt H2/day and 1009.15 mt N2/day. The production costs and the carbon equivalent emissions (CO2e) associated with the methanol and ammonia processes, electrolytic hydrogen production, carbon capture and compression, and ASU are estimated. The integral facilities of both the methanol and ammonia productions are evaluated by introducing a multi-criteria decision matrix containing economics and sustainability metrics. Discounted cash flow diagrams are established to estimate the economic constraints, unit product costs, and unit costs of hydrogen. The hydrogen cost is the largest contributor to the economics of the plants. For the methanol, the values of emissions are -0.85 kg CO2e/kg methanol as a chemical feedstock and +0.53 kg CO2e/kg methanol as a fuel with complete combustion. For the ammonia, the value of emission is around 0.97 kg CO2e/kg ammonia. The electrolytic hydrogen from wind power helps reduce the emissions; however, the cost of hydrogen at the current level adversely affects the feasibility of the plants. A multi-criteria decision matrix shows that renewable methanol and ammonia with wind power-based hydrogen may be feasible compared with the nonrenewable ones and the renewable methanol may be more favorable than the ammonia.