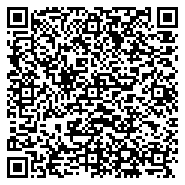 To evaluate genetic variability within and among Populations of Hyalinoecia tubicola (Müller, 1776), 30 individuals from seven populations were compared using random amplified polymorphic DNA (RAPD) markers. Populations of Hyalinoecia tubicola (Müller 1776) were sampled during the period 2005-2006 from six different sites in the Cap Bon peninsula (North East coast of Tunisia). Genomic DNA of the 25 individuals studied was purified, and genetic analysis was conducted using RAPD primers. Molecular variability into the populations was analyzed using PopGene 1.32 software. One population of Aponuphis bilineata was used as an out group for the study. Results showed that the sampled populations are genetically diverse according to the high value of the gene flow (8.26) and the Nei’s genetic index for the total populations (0.2). These preliminary results have important implications for conservation policy.