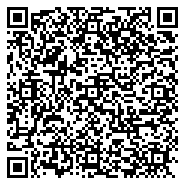 Study population: A cross-sectional study was conducted among participants aged ?60 years during a longitudinal, randomized, general population-based study called ‘Good Aging in Skåne’ (GÅS), a part of the Swedish National Study on Aging and Care (SNAC).28,29 This study involves a heterogeneous sample of men and ladies from five municipalities of Scania. The National Population Registry was wont to randomly invite the participants by letter. Predefined target populations were invited for the age cohorts 60, 66, 72, 78, 81, 84, 87, 90 and 93 years, with an oversampling of the youngest and therefore the oldest cohorts. The sample comprised two groups. the primary group (group 1) consisted of 2839 elderly participants (aged 60–93 years), 58% of the randomly invited general population residents who accepted to participate within the baseline investigation of GÅS in 2001–2004 and had valid KH measurement. The second group (group 2) included 2871 participants aged 60–99 years, 1573 from baseline and 1298 new participants who took part within the follow-up examination of GÅS conducted in 2007–2010 (participation rate: 80%) and had a legitimate demispan measurement. a complete of 92 participants were excluded from group 1 and 490 from group 2 because that they had missing KH and demispan values, respectively.

Data collection:  All participants were examined at a search center, except if they were frail (home visits), after consent was obtained. Survey, checkup and physical functioning tests were conducted by qualified physicians and nurses. An consent was obtained. The closeended questionnaire investigated sociodemographics, physical, psychological state and social factors. The descriptive variables included age, sex, place of birth, legal status , education, alcohol consumption, smoking habits and physical activity. These data were obtained from the survey. The legal status denoted whether the participants were single, married, divorced or living with a partner. Education was stratified as primary, secondary, higher secondary or university level. Smoking status indicated whether the participants were regular or irregular smokers or had quit smoking. Alcohol frequency included responses as ‘have never drunk’, ‘a few times within the last year but not since last month’ and ‘have had alcohol a couple of times within the last month’. The degree of physical activity was investigated in terms of the degree or intensity of coaching and categorized into barely physically active (‘nothing at all’, ‘very light activity/ mostly sedentary’), mild (‘around 2–4 h a week’), moderate (‘1–2 h a week’), heavy (‘at least 3 h a week’) and really heavy (‘regularly or several times a week’).

Women aged 85+ years have undernutrition prevalence of 21.3% by BMIKH compared with 11.3% by BMI. BMIKH estimated overall obesity prevalence is 17.5% in men and 14.6% in women and is less than BMI. Sex difference between BMI and BMIKH are often noted at different age groups. Among men, it's notable at 80–84 years aged and among women it's notable as early as 70–74 years aged (26.2% by BMI and 17.1% by BMIKH). BMIKH estimates among men aged 80–84 years (7.4%) are almost half that estimated by BMI (16.5%). At 85+ years, the BMIKH obesity prevalence is further lower (4.9%); that's , when BMI classifies 1 in 10 men as obese, it's 1 in 20 consistent with BMIKH. additionally , when 2 in 10 women aged 80–84 years are obese by BMI, just one in 10 is consistent with BMIKH. For comparison, we tried to use the Chumlea’s KH equation to calculate BMIChumlea. Under nutrition between women elderly 85+ years was 7.3% compared with 21.3% using the BMIKH and 11.3% using BMI (results not shown). BMI demispan under nutrition pervasiveness is projected to be above that by BMI. Among men, there's little or no difference in prevalence rates between the 2 methods at each group, except at the age of 65–69 years, where BMIdemispan gives higher value (2.1%) than BMI (1.5%). However, among women aged 85+ years, there's 16.5% undernutrition by BMIdemispan compared with 10% by BMI. Overall obesity prevalence estimated by BMIdemispan is less than that by BMI in both sexes. for instance , the values are as follows: 16.7% by BMI vs 10.9% by BMIdemispan among men aged 80–84 years. Midst of the women elderly 75–79 years, it is 24.6% by BMI vs 18.2% by BMIdemispan. BMI-estimated obesity prevalence is nearly twice that estimated by BMIdemispan among the participants aged 85+ years, with small or no difference in younger groups.