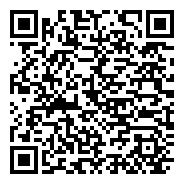 Muscle Memory: There is Such a Thing

The aim of this editorial note is to interpreter the assumption that muscle fiber has indeed memory ability. Muscle memory is a relatively new feature of all the characteristics ascribed to skeletal muscle cell (fiber). Muscle cell capacity to unite and fuse with a neighboring cell is defined as 'syncytium' and it exists in the first cell development, but also as a result of the development of muscular strength and mass. Basically, 'syncytium' feature and extra cell nuclei are evidence of the ability to learn and remember cell hypertrophy. Following a strength/power training there is fusion of myocell sarcolemma with the basement membrane 'adult stem cells' located near the myocell. The myocell nuclei further enable the cell to increase the production of ribosomes and proteins synthesis in the cell and thus can increase the weight and the size.

Hypertrophic muscle cell, even then not exposed to strength/power training, keeps the number of nuclei for years. Moreover, if the myocell returns to strength/power training will have priority to develop muscle strength and mass faster and higher, because of the historical memory when united and fused with 'adult stem cells' and acquired nuclei that years later allows him to re build muscle mass.