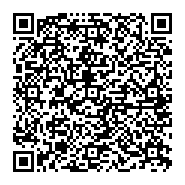 Impacts and Adaptation to Climate Change: A Case Study of Coastal Inundation at Proboliunggo, East-Java

The vulnerability of communities in coastal areas continues to increase in the face of climate change. The increasing rainfall in one place and droughts elsewhere, high waves and strong ocean winds are real phenomena indicative of climate change. Increasing symptoms of climate change at the same time as a high tide can cause widespread coastal inundation. This can interfere with food security, livelihoods and environmental sustainability (including bio-diversity), and threaten coastal infrastructure. The purpose of this study was to study the impact of climate change and the adaptation and mitigation done by coastal communities in the face of it. The method of this study is the analysis of satellite imagery data, interviews and analysis of the productive land. The results of this study show the occurrence of irregularities such as increased rainfall in 2010, during the period 2002-2011; how flood tides in coastal areas can damage productive land (fish ponds), and submerge residences, public facilities and infrastructure. In Kalibuntu there was flooding to an average water depth of 110 cm over 87.84 Ha for 4-4.5 hours. Coastal communities adapted by raising the ground floor of their houses about 0.5-1 meters and switching to other kinds of job. Flood mitigation involved building a seawall of stacked stone in a trapezoidal shape with groins extending in to the sea. This design has strong resistance and has proven durable. In addition to physical prevention efforts, biological precautions, especially mangrove reforestation, are necessary.