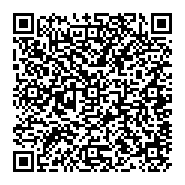 The evolution of a diverging spit-one growing northward and another southward across the Baindur and Yadamavina River mouths along the Central west coast of India is examined using remote sensing data, seasonal variations in the foreshore profiles, textural characteristics of the foreshore sediments, and wave-current patterns. Remote sensing data indicated lengthening of the southern spit across the Yedamavina River by 168 m between the period 1973 and 1989, while the northern spit across the Baindur River showed relative stability. Finer sediments were observed towards the ends of the spit in both northern and southern spits. Waves approach from the west between March and May, generating wave divergence and convergence cause sediment movement on either side. The alongshore current is northward from October to November and southward from December to February. This reversal in the direction of alongshore drifts, and wave divergence prevailing in this tropical climate favor sediments movement on either side leading to diverging spits to develop. As a result of the diverging spits, both the rivers are shifting their mouths in the respective directions leading to erosion of the opposite bank. In order to prevent the erosion due to shifting of the river mouths, sediments flux to the central part of the mainland shoreline from which sediments move either side leading to spit growth needs to be checked.