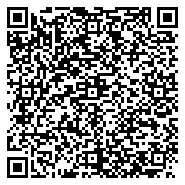 We previously reported our investigation of the stereognostic ability of the tongue to recognize the shape and size of materials in the mouth and its clinical applications. In the present study, we observed brain activity while performing stereognostic discrimination using the tongue; the changes in levels of oxyhemoglobin (oxy-Hb), deoxyhemoglobin (deoxy-Hb), and total hemoglobin (total-Hb) in the frontal cortex area of 37 healthy individuals (18–75 years old) were measured using a functional near-infrared spectrometer with 45 channels. As an experimental task, the stereognostic test piece (TP) was placed on the center of the tongue dorsum, and subjects moved the TP for shape discrimination without letting it touch the teeth or gums. As a control task, subjects did not move the TP placed on the tongue. Stereognostic task-attributed changes in Hb levels were obtained by subtracting the Hb level of the control task from that of the experimental task. During the stereognostic task, oxy-Hb levels increased in the frontal cortex, including the prefrontal area, in most subjects. However, the results also demonstrated large individual variability. When the degree of change in Hb levels during the stereognostic task was mapped, it was found that the changes in the oxy- and total-Hb levels were similar, while the deoxy-Hb level did not change to the same degree. When subjects were divided into three groups, highly-, moderately- and mildlyincreased oxy-Hb levels, there was a significant negative correlation between age and degree of oxy-Hb level increase. The present study suggests stereognosis may be involved in several different information processing pathways, and that aging may also be a factor in the large variability we observed.