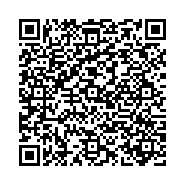 Masbiole (Multiagent Systems with Symbiotic Learning and Evolution) is a new methodology in conventional Multiagent Systems (MASs). In Masbiole, agents evolve considering not only their own benefits and losses, but also the benefits and losses of opponent agents. As a result, Masbiole can escape from Nash Equilibria and obtain better performances than conventional MASs. On the other hand, a newly developed evolutionary computing technique called Genetic Network Programming (GNP) which has the directed graph-type gene structure can develop and design the required intelligence mechanism for agents. As a result, GNP is considered to be well-suited for optimization problems in agents of MASs. Therefore, in this study, a test bed negotiation model is proposed using the evolutionary method of Masbiole as well as the evolutionary method of GNP, with the aim to study the effectiveness and efficiency of Masbiole in dynamic problems. The results obtained by the symbiotic evolution of the Masbiole systems are compared with those obtained by the GNP evolution.