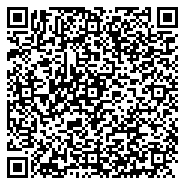 Introduction: Clopidogrel is the most commonly prescribed anti-platelet medication in combination with aspirin, post percutaneous cardiac intervention (PCI). However, the response to clopidogrel in patients is known to be highly variable as the bioavailability is dependent upon the conversion of the prodrug into the pharmacologically active form of clopidogrel. This conversion is dependent upon the activity of several liver enzymes of the Cytochrome P450 family, of which CYP2C19 plays a central role. Key mutations in this gene elicit either a loss-of-function or a gain-of-function in CYP2C19, ultimately leading to a change in the platelet reactivity in an individual. The risk was considered to be high enough that FDA added a ‘boxed warning’ to the medication cautioning healthcare professionals to use the best information available to treat patients better. Therefore, identifying the genotype of an individual before taking clopidogrel is necessary to achieve its optimal anti-platelet activity. Methods: Blood samples were collected from consenting patients after they were on the maintenance dose of the anti-platelet therapy. A novel allele-specific real-time PCR assay was developed for the identification of the specific mutations in the CYP2C19 gene. The real-time PCR method using SYBR green was validated against the conventional RFLP method described previously and used to determine the frequency and type of mutations in a population of post- PCI patients. Results: The real-time PCR method was faster and more cost-effective in identifying the variants of CYP2C19 gene. The new method was comparable to the conventional RFLP method. Results from the study indicate high prevalence of mutations that would alter the normal function of the CYP2C19 gene in majority of the Indian population. Conclusions: Based on the high frequency of mutations present in Indian PCI patients we conclude that a genotyping variant of CYP2C19 provides an excellent opportunity for optimizing the anti-platelet regimen post-PCI.