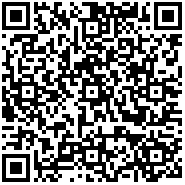 Biology and Medicine received 3447 citations as per Google Scholar report

Mechanism of Oncogenes and Suppressor Genes in Cancer

Defective Tumor Suppressor Genes (TSGs) and excess Oncogenes (OCGs) contribute significantly to cell proliferation and apoptosis during cancer development through genetic alterations such as somatic mutations and deletions. Additionally, they typically perform cellular functions together rather than individually. Therefore, a comprehensive comparison of their mutational patterns and network properties can provide clues to better understand their role in carcinogenesis and identify new targets. Proteins involved in regulating the cell division process no longer properly drive progression from one step of the cell cycle to the next. Cancer cells cannot grow without functioning, but they do so at rates well beyond the tightly regulated normal limits of the cell cycle [1]. Cancer can be distinguished from many other human diseases because it is not caused by a deficiency or decline in cell function. For example, people with diabetes may lack insulin production or the ability to respond to insulin. In coronary artery disease, the heart can lose its blood supply and the organ can eventually fail. In Acquired Immune Deficiency Syndrome (AIDS), the immune system loses the cells it needs to fight off infections. In many infections, foreign microbes also wreak havoc on invaded hosts, disabling entire cells, tissues, or organ systems. However, cancer arises from alterations in normal biological processes (cell division).

Cells that progress through the cell cycle may eventually form malignant tumors, where masses of cells grow and divide uncontrollably, then develop the ability to spread and migrate throughout the body [2]. Fortunately, cancer prevention usually occurs through the strict regulation of the cell cycle by groups of proteins that interact with each other in a very specific sequence of events. The events that determine whether the cell cycle will go forward or remain stalled between stages. Cancer is fundamentally a disorder at the cellular level, the technological achievement of cultivating cells in vitro, or outside the organism as a whole, has allowed investigators to determine events lead to tumor formation and to identify the proteins involved in the process. Cell culture or tissue culture is regularly used to grow cells immersed in nutrient-rich liquid also known as media.

Normally non-cancerous, cells will grow in a single layer attached to plastic dishes. These cells generally undergo a limited number division cycles, depending on space and nutrient availability, among other constraints. There is compelling evidence that genetic damage is involved in tumorigenesis. The damage includes point mutation, gene amplification, and gene rearrangement that often is accompanied by chromosomal translocation. The genetic damage in cancer cells is often found in the genes termed as protooncogenes and tumor suppressor genes. The tumor suppressor gene is often called recessive oncogene or anti-oncogene, based on the manner in which the genes were discovered. Molecular analyses of cancer cells accumulate data that show multiple genetic lesions of various combinations of oncogenes and tumor suppressor genes in a single cancer, suggesting cooperation of the two types of genes [3,4].

Cancer is a disease caused by the accumulation of genetic and epigenetic alterations in two types of genes: Tumor Suppressor Gene (TSG) and proto-oncogene. Extensive research has been conducted over the past decades to elucidate the role of TSGs in carcinogenesis. In cancer, according to Knudson's two-hit model hypothesis, loss of TSG function occurs through deletion or inactivation of two of the alleles. Mutations in TSG were found to be recessive at the single-cell level. Therefore, a single TSG mutation is not sufficient to cause carcinogenesis. Many studies have identified TSG candidates that do not fit this canonical definition, such as genes inactivated by epigenetic silencing rather than deletion. In addition, proteasomal degradation by ubiquitination, aberrant cellular localization and transcriptional regulation are also involved in TSG inactivation [5].

Mechanisms of TSG inactivation into existing two-hit models develop a revised multi-hit model that allows the identification of novel TSGs that can be used as prognostic and predictive biomarkers in cancer. Proteins involved in cell cycle regulation that stimulate cell growth and cell division. Oncogenes encode proteins that drive the cell cycle, typically transitioning cells from the G phase (gap) to chromosome duplication (S phase) or chromosome segregation (mitosis). Examples include cell surface receptors that bind growth factors, proteins that interact with DNA to initiate replication, and signaling molecules that link receptors to replication initiators through various pathways.

Copyright: © 2022 Dias F. This is an open-access article distributed under the terms of the Creative Commons Attribution License, which permits unrestricted use, distribution, and reproduction in any medium, provided the original author and source are credited.