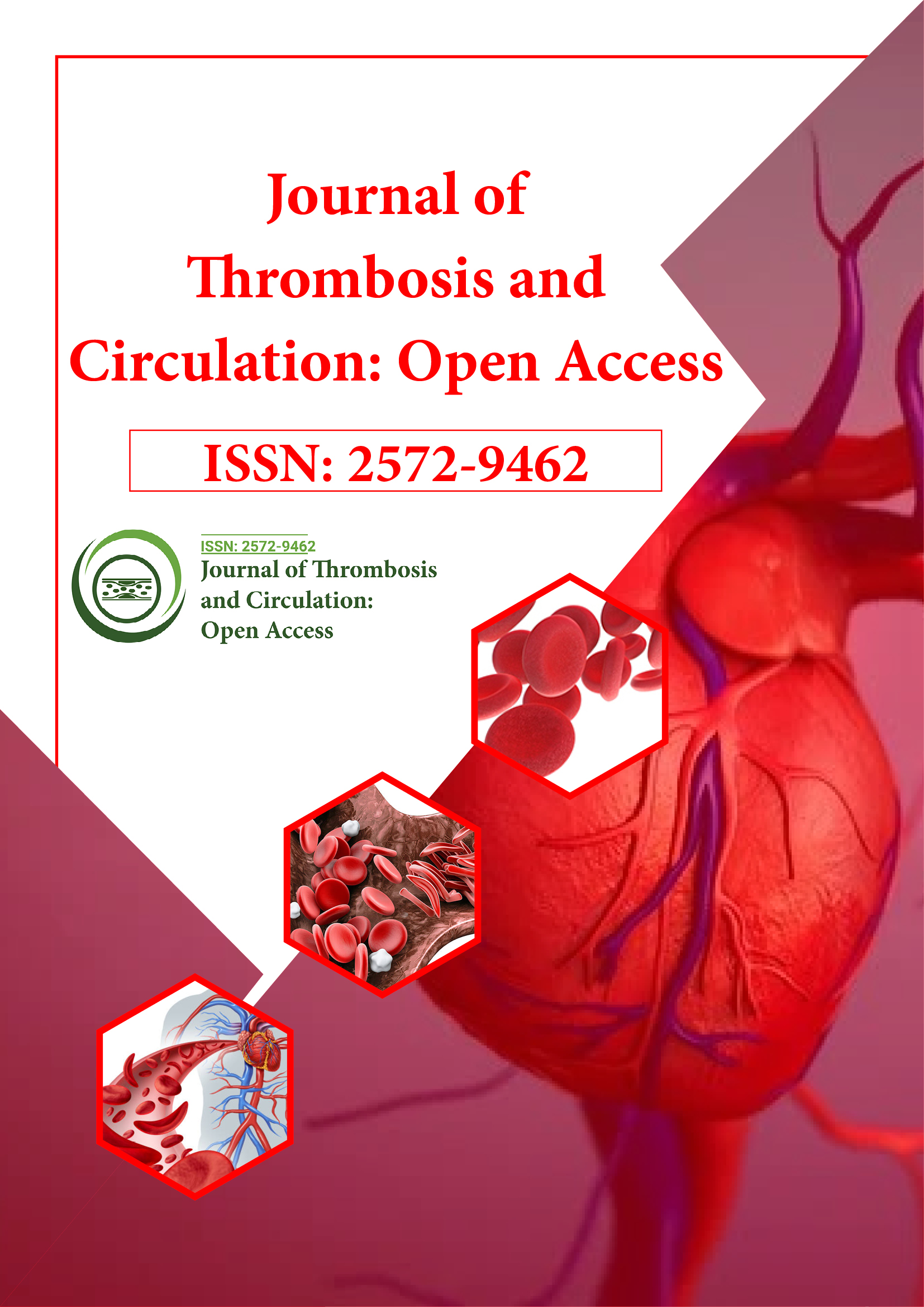 A Case of Calcified Amorphous Tumor Found with Cerebral Infarction

A 47-year-old man with cerebral infarction and end-stage of kidney disease on hemodialysis was transferred to our hospital because of a suspicion of infective endocarditis. Although echocardiography revealed a high echoic mass on the mitral leaflet mimicking of vegetation, we finally diagnosed Calcified Amorphous Tumor (CAT) by clinical course and image findings. Because of lacking of prospective investigations despite lots of case reports, epidemiology, prognosis and appropriate treatment including surgical resection of CAT are still controversy.

Calcified amorphous tumor of the heart (cardiac CAT) is a rare non-neoplastic cardiac mass, which consists of calcification and eosinophilic amorphous material in the background of dense collagenous fibrous tissue histologically [1]. CAT has been reported to be found unexpectedly by echocardiography performed for detecting the cause of cerebral infarction or heart failure, and to be likely to coexist with end-stage kidney disease [2]. Clinically it is necessary to differentiate from vegetation in infective endocarditis and cardiac tumors, and pathological diagnosis is necessary for definitive diagnosis, so most of it is surgically removed. However, there are no prospective epidemiological studies at all and the natural history of CAT is still unknown. In this time, since we experienced a patient with CAT found by cerebral infarction, we report with literature consideration.

A 47-year-old male who is on hemodialysis for several years because of diabetic nephropathy had complained of left paraparesis, and he had been admitted to a former hospital with a diagnosis of cerebral infarction. Echocardiography confirmed a high luminance structure adhering to the mitral valve and was suspected of infective endocarditis. He was transferred to our hospital so to receive intensive treatment including surgical resection. He had hypertension, dyslipidemia, type 2 diabetes, chronic kidney disease on hemodialysis, sleep apnea syndrome, postoperative thyroid tumor, and he had smoked 20 cigarettes per day for 18 years and quite in 36 years old.

His consciousness was clear at admission to our hospital. His height was 170 cm, weight was 87 kg, body temperature was 36.6°C. Pulse rate was 86 beats per minute with regular rhythm, blood pressure was 157/73 mmHg, SpO2 was 98% by room air. There was mild anemia in the palpebral conjunctiva. No jugular vein distension was observed. Chest auscultation revealed that systolic murmur of Levine III/VI was heard with the apex as the strongest point. Abdominal was flat and soft, intestinal noise was heard moderate, tenderness and muscular defense was not observed. No lower edema was observed.

Neurological findings revealed that muscle was weakened in the left orbicularis muscle and the eye ringus muscle in the cranial nerve system, and the muscle was decreased of 2/5 by manual muscle testing (MMT) in the left triceps, the deltoid muscles, the biceps brachii muscle, the triceps brachii muscle, the extra muscles of the wrist joint, the flexor of the wrist joint, the opposing muscles of the thumb and the fifth finger of the fifth finger. The MMT of the iliopsoas, quadriceps muscle, ankle extensor and ankle flexor muscles was a mild decrease of 4/5. Left biceps, triceps brachii, brachioradialis muscle, patellar tendon, no abnormal reflex of Achilles tendon. Other obvious abnormal findings were not observed.

Electrocardiogram at admission revealed that sinus rhythm with a heart rate of 84 times per minute, left axis deviation, poor R progression and atrial load (Figure 1). Chest radiograph findings revealed that 52% of cardiothoracic ratio, rib diaphragm angle on both sides sharp, no pulmonary congestion (Figure 2). Transthoracic echocardiography (TTE) was performed. The findings were that left ventricular ejection fraction was 59.4%, left ventricular end diastolic diameter was 53.1 mm, and a synergy of the left ventricle was not observed. The left atrium diameter was 51.6 mm, the mitral valve showed mild mitral regurgitation, calcification was found in the annulus and adhesion of bright structures on the valve annulus (Figure 3). Transesophageal echocardiography (TTE) was performed. There was no clear thrombus image in the left atrium and the left atrial appendage. A high brightness deposit of 20 × 7 mm was observed at the cusp of the mitral valve, and a adherent with high mobility of about 2-3 mm in diameter were observed at the tip of the mitral valve (Figure 4). There was no apparent plaque in the descending aorta. Head computed tomography (CT) was performed. Low absorptive area was scattered in bilateral cerebral cortex; especially right middle cerebral artery area was extensive. Simple CT examination of the thoracic pelvic region: highly calcified was found in mitral valve and annulus. Coronary artery and aorta also have mineralization. Mild atrophy was noted in both kidneys. Blood testings at admission were as follows; After his admission, no skin findings such as Osler nodules or Janeway lesions were observed on physical examination. Although no antibiotics were administered from former hospital, no increase in inflammatory response was observed on fever and blood test, and no growth of bacteria was observed in our blood culture test carried out at our hospital, we decided that the possibility of infective endocarditis is low and did not administer antibiotics. The TTE and TEE performed in our hospital showed a high brightness deposit of 20 × 7 mm at the cusp of the mitral valve and a mobility of about 2 to 3 mm in diameter at the tip rich, highly bright deposits were observed (Figures 3 and 4). Deposits of this mitral valve showed mosaic-like echogenic brightness with marginal irregularities and internal calcification accompanying calcification. In addition, it is difficult to think that it is a cardiac tumor because it does not increase compared with the cardiac ultrasonography findings from the previous physician, and the internal structure is also recognized as calcification only. Based on the above clinical course and image findings, we diagnosed it as Calcified Amorphous Tumor (CAT).

Magnetic resonance imaging (MRI), MR Angiography (MRA), and carotid ultrasonography conducted for the differential diagnosis of cerebral infarction revealed an extended region interspersed in the bilateral cerebral cortex and a broad extension region of the right middle cerebral artery region (Figure 5). Although stenosis was observed from the right internal carotid artery to the middle cerebral artery in MRA, the degree of stenosis was as mild as PSV=70 cm/sec in the carotid ultrasonography. So we diagnosed that the cerebral infarction caused by cardiogenic, not artery-to-artery embolism. Furthermore, there was no history of atrial fibrillation, and TEE revealed no obvious thrombus images in the left atrium and the left atrial appendage, so we considered the possibility of embolism by CAT was high. Since the patient gave priority to restoring the motor function for left paralysis due to cerebral infarction, he started taking anticoagulation treatment and was transferred to the previous doctor for rehabilitation before surgical resection of CAT. Figure 5: In the head MRI, an extended region interspersed in the bilateral cerebral cortex and an extensive extended region of the right middle cerebral artery region are recognized (arrow).

Calcified Amorphous Tumor (CAT) is a non-tumorous intracardiac mass that was first reported by Reynolds et al. and its pathological feature is that it recognizes calcification and amorphous tissue. It is thought that denatured serum components were accompanied by calcification with the background of chronic inflammatory changes [1]. Hemptinne and his colleagues reported the clinical features about 42 patients with CAT retrospectively, which said that the mean size of the tumor was 29 × 17 mm, and 36% of CAT occurred in the mitral valve or its annulus, 21% in the right atrium, 17% in the right ventricle [2]. 31% of CAT had valvular disease, 21% had end stage renal failure, 14% had diabetes, and 12% had coronary artery disease as complications. Particularly, patients with CAT developed with the mitral valve annular calcification (MAC) have reported to be closely related to the end stage renal disease with maintenance dialysis [2-5].

As a differential diagnosis of CAT, vegetation caused by infective endocarditis, cardiac tumors and Caseous calcification of the mitral annulus (CCMA) can be mentioned. Although this patient was suspected of infective endocarditis in the former hospital and was transferred to our hospital for its treatment, fever and inflammatory findings has not been were recognized from the beginning of his clinical course. Also, this case did not meet the Duke clinical diagnostic criterion [6] of infective endocarditis, which had no more one major criterion; intracardiac mass and one minor criterion; main vascular embolism. Regarding cardiac tumors, we excluded it because that an adherent with high mobility in this case exhibited a high degree of calcification which usually not seen in myxoma, and that the lymphadenopathy in the chest in CT was not recognized and the serologically findings suspecting the malignant tumor in blood testing was not seen. Furthermore, because the characteristic of echogenic findings of CCMA is usually expressed with uniform echogenic brightness and sharp mass edges without internal structure [7], we excluded it. Although histopathologic diagnosis is necessary for the definitive diagnosis of CAT, surgical resection was high risk in this case, so this case did not lead to be pathologically confirmation. However, since it matches the patient background, clinical features and image findings presented by CAT patients, it was clinically diagnosed as CAT.

Because CAT has been reported that the opportunities for diagnosis were cerebral embolism in most cases and that CAT developed rapid swelling during its follow-up, surgical resection has been first choice of its treatment. However, on the other hand, Eicher et al. reported that some anti-platelet agents with anti-inflammation are effective [8]. There is no prospective study on epidemiology of patients with CAT and the management is still controversy.

We experienced a case of CAT that was found because of cerebral infarction. Because there is no prospective study, its natural history, approach to diagnosis and appropriate treatments including surgical resection is still controversy.

Copyright: © 2017 Kimura N, et al. This is an open-access article distributed under the terms of the Creative Commons Attribution License, which permits unrestricted use, distribution, reproduction in any medium, provided the original author and source are credited.