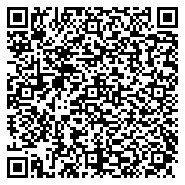 Biology and Medicine received 3500 citations as per Google Scholar report

Background: Rigidity and Multifocal Seizure Syndrome, Lethal Neonatal (RMFSL, OMIM#614498), is caused by mutations of the BRAT1 gene. Our patient had the typical syndromes of RMFSL, and Trio whole exome sequencing (trio-WES) identified a homozygous synonymous variant (BRAT1:C.1395 (exon10) G>C). Given that the pathogenicity of synonymous mutation (p.Thr465Thr) is most likely underestimated, a further transcriptional study of the father showed that C.1395 (exon10) G>C mutation would result in abnormal splicing, which caused the exon 10 skipping and affected protein features. We first confirmed the pathogenicity of the synonymous mutation of BRAT1 using a transcriptional study.

RMFSL is an autosomal-recessive epileptic encephalopathy caused by variants of the BRAT1 gene [1-3]. Previous studies have demonstrated that BRAT1 maintains mitochondrial homeostasis and DNA damage response [1,4,5]. However, the underlying pathogenic mechanisms of these BRAT1 mutations are not well understood. In the past few years, several homozygous missense mutations and compound heterozygous mutations in BRAT1 have been identified among cases with RMFSL [1,2,4,6,7,8]. RMFSL is a fatal neurological disorder with episodic jerking in utero, lack of psychomotor development, early onset of rigidity, frequent multifocal epilepsy, and early death [7]. Here, we report a case with a severe phenotype of RMFSL and first confirm the pathogenicity of synonymous mutation of BRAT1 using a transcriptional study.

The patient was a full-term male infant with average weight, head circumference, and length. He was sent to the Neonatal Intensive Care Unit (NICU) for unexplained cyanosis and convulsions after cesarean delivery. Except that his mother felt abnormal fetal movement, there was no abnormality in the routine obstetric examination. His parents were not consanguineous in marriage. The baby's sister was healthy, while his brother died with the same symptoms as him. The baby had always been in a coma and needed respiratory support, with cortical thumbs, hypertonia, limb myoclonic, and facial twitch. The most invasive operation could trigger muscle spasms. His heart rate and blood oxygen saturation dropped to very low levels several times daily, which were not caused by pneumonia and gastroesophageal reflux. After a few minutes of chest compression, the heart rate could return to normal. We pumped midazolam continuously and gradually increased the dose to cease the seizures. Unfortunately, the seizures worsened daily, exhibiting resistance to many antiepileptic drugs. Even the combination of midazolam (7 ug/kg.min), phenobarbital (10 mg/kg.d), topiramate (5 mg/kg.d), and levetiracetam (20 mg/kg.d) could not work later. Tandem mass of serum amino acid and urine organic acid analyses, TORCH test results were all negative. Heart rate variability weakened in a dynamic electrocardiogram. Cranial Magnetic Resonance Imaging (MRI) showed an insufficient volume of bilateral temporal and frontal lobes (Figure 1A). Unfortunately, despite all efforts, the patient died soon after the ventilator withdrawal in the neonatal period.

Genetic testing showed mitochondrial genomes sequencing and Copy Number Variations (CNV) analysis are negative. At the same time, Trio-WES identified one homozygous mutation in the BRAT1 gene (c.1395 (exon10) G>C), which locates in the chr7:2580613. MaxEntScan and dbscSNV software packages predict that the splicing sites' variants are deleterious, disrupting RNA splicing and likely resulting in an absent or disrupted protein product. Further genetic analysis revealed that the unaffected parents of the patient were heterozygous carriers of the mutation of c.1395 (exon10) G>C, and the sister was wild-type (Figure 1B). A synonymous mutation is easily ignored in the analysis of pathogenic variants. Considering the result was a synonymous mutation (p.Thr465Thr), we further conducted a transcriptional study to confirm the effect of sequence changes on RNA splicing. First, the mRNA was extracted from the father’s blood sample and reverse transcribed into cDNA. Then, Sanger sequencing sequenced the targeted regions (exon8-13). The results showed that the mutation caused exon 10 to skip (Figure 1C). The gross deletion of exon 10 led to truncated proteins, which could influence the structure and function of the BRAT1 protein (Figure 1D).

The study was performed on 77 healthy subjects having age between 18-60 years. The study was conducted at tertiary care apex hospital in North India. The protocol of the interventional exploratory study was approved by the Medanta Institutional Ethics Committee (CDSCO: ECR/282/Inst/HR/2013/RR-20), Gurugram, and the study was carried out in accordance with the tenets enshrined in the Declaration of Helsinki. A voluntary, written, informed consent was obtained from all subjects. The study was registered with the Clinical Trial Registry of India (CTRI/2021/08/036047 [Registered on: 31/08/2021]).

The BRAT1 gene locates on chromosome 7p22. The BRAT1 gene is thought to be involved in mitochondrial homeostasis and DNA damage response and is essential in regulating mitochondrial function and cell proliferation [5,8]. The mutation of BRAT1 could result from two kinds of phenotypes that are inherited in an autosomal negative manner. One is a neurodevelopmental disorder with cerebellar atrophy and with or without seizures (OMIM: 618056); the other is rigidity and multifocal seizure syndrome, lethal neonatal (OMIM: 614498). The most severe RMFSL symptoms are refractory seizures, hypertonia, and early death. EEG can reveal bilateral temporal and central spike activity, multifocal seizures, background slowing, and absent posterior dominant rhythm [2]. Cardiopulmonary arrest and pneumonia are the most common causes of death.

Celik et al. reported a Turkey female baby with the same symptoms as our case. She died from multi-organ failure after respiratory support and gastric tube feeding in NICU and PICU at ten months old [1]. The exon sequence detected a homozygous mutation (c.2230_2237dupAACATGC). Compound heterozygous mutation in BRAT1 has different clinical manifestations and severity. Two siblings from Japan with compound heterozygous mutations in BRAT1 had intractable seizures from the neonatal period and died of pneumonia at three months and one year old, respectively [9]. Four compound heterozygous BRAT1 mutation cases with mild or moderate symptoms extend the clinical spectrum of BRAT1-related diseases [3]. A 10-year-old girl with severe intellectual disability, rigidity, ataxia or dyspraxia, and cerebellar atrophy has a biallelic variant in the BRAT1, which was confirmed significantly decrease BRAT1 transcript levels and pathogenicity [10]. Table 1 lists some of the mutation information of the BRAT1 gene and corresponding clinical phenotypes. In short, BRAT1-associated disorders show a broader clinical spectrum than previously thought, especially in patients with compound heterozygous or biallelic mutations.

Table 1: Characteristics of individuals with some reported BRAT1 mutations.

We collected the reported BRAT1 mutations and found that many different mutations could cause RMFSL (Figure 1E). Among them, frame shift mutation accounted for the most proportion, which often severely impacted protein function. In addition, the same BRAT1 splice site synonymous mutation had been reported in a Chinese female case and predicted to cause splice site disruption [7]. Using a transcriptional study, we first confirmed that the synonymous mutation caused the exon 10 to skip, which could influence the structure and function of the BRAT1 protein (Figure 1). Figure 1: (A) Cranial Magnetic Resonance Imaging (MRI) shows insufficient bilateral temporal and frontal lobe volume. (B) The boy carried the homozygous mutant of BRAT1, while the sister was completely normal. His unaffected parents were heterozygous. (C) The splicing experiment validated that the mutation caused exon 10 to skip. The above-dotted frame showed the typical sequence, and the below indicated abnormal splicing. (D) The left shows the typical BRAT1 protein structure, and the right shows the truncated protein. (E) Location of the reported mutations in the BRAT1 gene. Mutations are missense, frameshift, and nonsense mutations.

In conclusion, Rigidity and Multifocal Seizure Syndrome, Lethal Neonatal (RMFSL, OMIM#614498) exerts severe phenotype with refractory seizures, hypertonia, and early death. The homozygous synonymous mutation of the BRAT1 gene (c.1395 (exon10) G>C) causing splice site disruption led to RMFSL in our patient. A transcriptional study helps confirm the pathogenicity of a synonymous mutation. Trio-WES is a powerful approach to clarify the underlying molecular of unexplained intractable seizures, and it is vital for guiding future fertility.

We always thank the patient and his parents for participating in this study.

Copyright: © 2022 Luo Z, et al. This is an open-access article distributed under the terms of the Creative Commons Attribution License, which permits unrestricted use, distribution, and reproduction in any medium, provided the original author and source are credited.