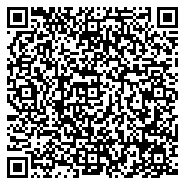 The Protection of Performer's Rights under the Copyright Law in Thailand: The Proposed Reform in the Light of the Prospective Free Trade Agreements with the United States and European Union