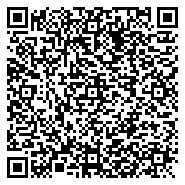 This article reports the development of microsatellite primers for giant freshwater prawns (Macrobrachium rosenbergii), using the genome library for this type of prawns and biotinylated probe in isolating six types of DNA fragments with base sequence repeats, namely (AG)10, (TG)10, (CAA)10, (CAG)10, (GAT)10 and (TAC)10. Four clones harboring microsatellites were chosen, namely SH2-9F, SH2-10C, SH2-11D and SH3-11G. Base sequencing found no microsatellite sequences. Four pairs of primers were designed, namely DTLSH 7, DTLSH 8, DTLSH 9 and DTLSH 12, respectively. These primers were tested on the DNA of giant freshwater prawns, and DNA band sizes were found to be 131, 174, 210 and 193 per 205 bp, respectively. The developed microsatellite primers may be used in conjunction with primers for other types of prawns. Genetic diversity checking of giant freshwater prawns in Thailand showed that their population in Thailand may be classified into two groups: one with the closest genetic relationship being those from Khon Kaen, Samut Songkhram and Ang Thong provinces while the other with similar genetic characteristics were those from these three provinces as compared to those from Surat Thani province.