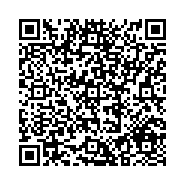 Network motif is a pattern of inter-connections occurring in complex network in numbers that are significantly higher than those in similar randomized network. The basic premise of finding network motifs lie in the ability to compute the frequency of the subgraphs. In order to discover network motif, one has to compute a subgraph census on the original network that calculates the frequency of all the subgraphs of certain type. Then there is a need to compute the frequency of a set of subgraphs on the randomized similar network. The bottleneck of the entire motif discovery process is therefore to compute the subgraph frequencies and this is the core computational problem. The proposed work is to present the Suffix-Graph, a data structure that store graphs efficiently and to design an algorithm to retrieve subgraph efficiently that detects network motifs and apply them to transcriptional interactions in Escherichia coli.