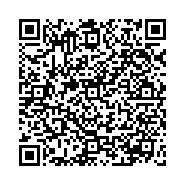 The current paper contains a report on the isolation of Streptococcus iniae in Nile tilapia (Oreochromis niloticus) in Brazil and South America. S. iniae is an important pathogen often associated with significant losses in fish production. It is also known for causing invasive infections in humans. An outbreak of infections characterized by exophthalmos, erratic swimming, ascites and melanosis occurred in intensive fish farming. Samples of kidney, brain and liver of the fish seeded into the culture medium yielded beta-hemolytic, gram-positive cocci isolate from the colonies. The partial sequencing of the 16S ribosomal gene was performed to identify the isolate. The sequence obtained showed 99% identity to 16S sequences of S. iniae present in the Genbank. A phylogenetic analysis was accomplished to confirm the species. Although S. iniae is frequently present in almost all continents, this work disclosed the second case of isolation of this pathogen in farmed fish both in Brazil and South America.