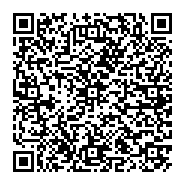 The objective of this study was to demonstrate the potential of Tiout-Naama (TN) clay for removing a cationic Methylene blue (MB) dye from aqueous solutions which was used for the first time like an adsorbent. For this, the effect of several parameters such as contact time, adsorbent dose, pH and temperature have been reported. Nearly 30 min of contact time are found to be sufficient for the adsorption to reach equilibrium. The residual concentration of the dye is determined using UV/Vis Spectrophotometer at wavelength 664 nm. Langmuir and Freundlich isotherm models were used to describe adsorption data. The result revealed that the adsorptions of MB dye onto TN clay is the best-fit both Langmuir and Freundlich isotherms, further to understand the adsorption kinetics the adsorption data were analyzed by the second-order and the pseudo-second-order. The results show that the methylene blue   adsorption follows pseudo-second&ndash;order kinetics.