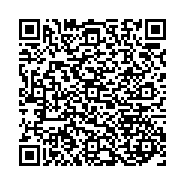 Patenting Genetic Material in Aquaculture: A Red Herring or an Emerging Issue to Tackle?

Patents can have both a positive and negative effect on innovation in aquaculture. On the one hand they may encourage investment in aquatic biotechnology. On the other hand, they may tie up genetic resources and research tools that may have otherwise been freely used by breeders or researchers to develop new breeds. This article considers the role and use of patent law for protecting new strains in aquaculture from unauthorised replication. While patents are not yet as extensive in aquaculture compared with other fields, there are issues that need to be addressed from the outset to protect aquaculture’s increasing role in global food security. Depending on the laws in a particular jurisdiction, patents could be claimed over genetic material products, including those derived from conventional breeding, as well as over processes for example methods of gene research. A central problem for breeders is determining the extent to which a patent holder can control other people’s use of subsequent generations whose breeding line originally incorporated the patented invention. In addressing this problem, the article suggests that exceptions against infringement including experimental use exceptions may be a useful avenue for breeders. It also highlights breeding defences and innocent bystander defences that are emerging in agriculture but which may also have future relevance to aquaculture. The article concludes that as patents start to take hold in aquaculture, breeders need clarity on the circumstances in which they can make a cross with an aquatic strain that includes patented genetic materials (such as a sequence or trait) that are not expressed in their new strain.