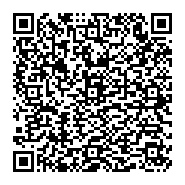 Objective: In order to clarify whether BPI is involved in the pathogenesis of HSCT-related pulmonary complications, we performed a genetic association study.

Methods: In this study, we therefore investigated the relationship between BPI and pulmonary dysfunction within an ethnic group by analyzing the incidence of NIPC based on genotype and the allelic frequency of BPI polymorphisms in 121 Japanese patients who underwent HSCT from HLA-identical sibling donors. We examined BPI-associated single nucleotide polymorphisms (SNPs) (rs5741798, rs1934917, rs5743530, rs2275954), and identified NIPC-associated polymorphisms in 20 patients (16.5%).

Results: The allelic frequencies of rs1934917 and rs5743530 are significantly different between patients with and without NIPC (P=0.024 and P=0.015, respectively). For donors, the rs5743530 C allele was more frequent in the NIPC group than in the group without NIPC (P=0.038). No significant relationships were noted between each of the other gene polymorphisms and the development of NIPC.

Conclusion: In this Japanese cohort study, two candidate SNPs reached statistical significance in terms of NIPC incidence and our findings suggest that BPI haplotypes contribute to the development of NIPC within an ethnic group.