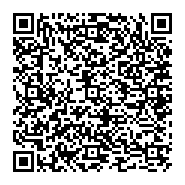 Diffuse large B cell lymphoma (DLBCL) is a heterogeneous disease with various morphological and molecular subtypes. It commonly occurs in the elderly as well as in people infected with HIV. According to the Hans' algorithm DLBCL can be classified prognostically into the favourable germinal centre (GC) subtype and the unfavourable non- GC subtype. The disease tends to be more aggressive in HIV infected individuals. Research on DLBCL has been largely conducted on HIV negative samples and it is still unclear how HIV affects the molecular mechanisms of the disease. We conducted a study to compare the expression levels of miR-21 in HIV negative and HIV positive DLBCL patients. Our results suggest that miR-21 expression levels are higher in HIV positive cases of DLBCL. We did not observe any statistically significant difference in miR-21 levels between DLBCL subtypes in both HIV negative and positive cases. Favourable prognosis in HIV negative patients was associated with high miR-21 expression and the reverse was true in HIV positive patients. In conclusion, our results indicate that HIV infection may affect the expression of miR-21 in DLBCL. This highlights the need for further studies on HIV positive DLBCL as the prognostic significance of miR-21 expression level may differ depending on the HIV status. Keywords: B-cell lymphoma; Micro RNA; Prognosis; HIV; miR-21; DLBCL Introduction Diffuse large B cell lymphoma (DLBCL) is the most common subtype of non-Hodgkin lymphoma (NHL) comprising of 30% of all NHL [1]. The disease shows marked heterogeneity, with morphological and molecular variants [2,3], making it difficult to treat. DLBCL is divided into two histological subtypes with prognostic significance according to the Hans' algorithm. The non-germinal centre (non-GC) subtype has a worse prognosis than the germinal centre B cell like (GC) subtype [4]. Recent data suggests that HIV gp120 induces B cells expressing mannose C type lectin receptors (MCLRs) to undergo immunoglobulin class switching by increasing the expression of activation-induced cytidine deaminase [5]. Chronic B-cell activation in HIV infection is driven by the production of B-cell stimulating cytokines which are secreted by gp120 bound monocytes [6]. These cytokines act by upregulating MCLRs on the surface of B cells, thus creating chronic B cell activation [5]. Therefore, people infected with HIV are at an increased risk of developing B cell NHL [7]. DLBCL is the most common NHL diagnosed in HIV infected individuals [8,9]. MicroRNAs are non-coding RNA molecules that silence the expression of target genes [10]. Gene silencing is achieved by imperfect or perfect pairing of microRNA with3’UTR of target mRNA thereby resulting in inhibition of translation or degradation, respectively [11,12]. They are transcribed as long transcripts