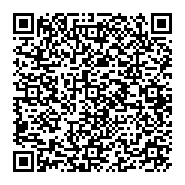 Is Psychological Stress a Possible Risk Factor for Periodontal Disease? A Systematic Review1

Background: Observations from several epidemiologic and clinical studies suggest that psychological stress has a role in the etiology and progression of periodontal diseases (PD). The aim of the present study was to systematically analyze the influence of stress on periodontal disease reported in various case control, cross sectional and prospective clinical trials. The focused question analyzed in this systematic review was whether there is sufficient evidence to consider stress as risk factor for periodontal disease. Methods: The literature search for relevant articles was conducted using PubMed, Ovid Medline, EMBASE, the Cochrane Database of Systematic Reviews, and Google Scholar. Additionally, reference lists of original and review articles were searched. The keywords and combinations of keywords used were “stress,” “periodontal disease,” and “psychosocial disorders.” Studies published between May 1, 2006 and January 1, 2014 were considered in this review. Articles in English; human studies; published in dental and medical journals, all age groups were included. Results: Of the 43 studies searched for relevancy, 25 articles were excluded, generally because they were reviews and articles related to biomarkers of stress and periodontal disease; a few studies did not have the exposure or outcomes defined, as required for this review, and two were based on mental disorder and post-traumatic syndrome patients. As a result, 18 articles were included in this systematic review. Analysis of the 12 cross sectional studies showed that except one study all the other studies showed a positive correlation between stress and periodontal disease. All the three case control studies included showed a positive correlation between stress and PD. Out of the 2 prospective clinical studies, both showed a relationship including a negative response to periodontal therapy. Conclusions: The majority of studies showed a positive relationship between stress and periodontal disease. The diverse parameters used in assessment of stress and PD, fewer numbers of patients were the major drawbacks of the studies. Further well designed and more focused studies are necessary to confirm the role of stress as a risk factor for periodontal disease.