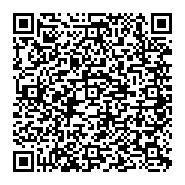 The need to be more environmentally conscious has recently shifted toward the forefront of society. With this new focus on environmentally responsible behavior comes the practice of using recycled materials in construction when possible. Therefore it is necessary to carefully evaluate the safety of any recycled materials being used in pavement materials. Under this study, a reference of testing is presented and implemented to test leachate of samples of two different asphalt binder types containing used motor oil (UMO) and/or crumb rubber modifier (CRM) for the presence of benzene, toluene, ethylbenzene, and xylenes (BTEX). Alongside batch leaching tests, air testing was also conducted. Air testing was carried out for select samples to evaluate BTEX content of air above the interactions between the asphalt binder and UMO. Air testing was also completed for asphalt binders interacted with both UMO and CRM. It was found that asphalt binders containing UMO have the potential to leach benzene at concentrations above the national drinking water limits. Results also show that interaction temperature, interaction time, and binder grade affect the amount of BTEX leached from modified asphalt binder. It was also found that binders modified with both CRM and UMO released less BTEX to both leachate and the air at the end of interaction time, meaning it is likely that CRM retains BTEX and prevents it from being released into the environment when used in conjunction
with UMO.