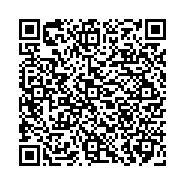 Methylenetetrahydrofolate reductase (MTHFR) is a critical enzyme in folate metabolism as it is involved in DNA synthesis, DNA repair and DNA methylation. One of the common functional polymorphisms of MTHFR is 677 C→T which has been shown to impact various diseases, including stroke. To investigate the MTHFR C677T genotype frequency in stroke cases in the Kashmiri population, we designed a case- control study, where 70 stroke cases were studied for MTHFR C677T polymorphism against 160 controls taken from the general population employing the PCRRFLP technique. We found the frequency of the three different genotypes of MTHFR C677T in stroke case of Kashmiri population, i.e. CC, CT and TT, to be 71.4%, 17.1% and 11.4%, as compared to healthy controls, where they were 75.6%, 16.9% and 7.5%, respectively. There was no significant association between the MTHFR TT genotype and stroke. We conclude that the MTHFR C677T polymorphism is not involved in increasing the risk of stroke development in Kashmiri population.