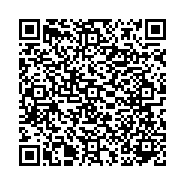 The yellow tail catfish, Pangasius pangasius embryonic and larval development study was carried out. The eggs were adhesive and transparent in colour with equal perivitelline space. First cleavage appeared at 00:49 ± 00:02 h resulting two equal blastomers. The eight cells, thirty two cell and morula stage appeared at 01:30 ± 00:06, 02:04 ± 00:10 and 03:43 ± 00:33 h respectively. The blastomeres looked overlapped during these multi-cell stages and the size got reduced during morula stage onwards. The fertilized eggs took 09:29 ± 01:24 and 25:27 ± 01:28 h respectively for attaining “C” shape embryo and hatching. The transparent larvae were 3-4 mm in length with compact oval shape yolk sac of 1.4-1.6 mm in length at hatching. Heart beat was detectable (2-3 times per minute) in the newly hatched larvae, whereas the mouth, barbells or elementary canal were not visible. The mouth was clearly visible in one day old larvae, which remained opened and complete closing of mouth with jaw movement was noticed at the age of 11-12 dph (days post hatch). The fins were not seen during their early life due to the encircling of a uniform membrane from behind the dorsal side to the posterior part of yolk sac. This continuous membrane started disintegrating during 5-10 dph, within which the caudal, pelvic, pectoral and dorsal fin started appearing. The 11 dph larva possessed dorsal, pectoral; pelvic and caudal fin possessed 6-7, 6-7, 5-6 and 19-20 fin rays, respectively. The larvae were resembled just like adult fish at 12 dph.