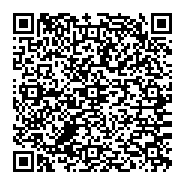 The need to be more environmentally conscious has recently shifted toward the forefront of society. With this new focus on environmentally responsible behavior comes the practice of using recycled materials in construction when possible. Used motor oil (UMO) is an example of waste materials that can be utilized in numerous applications to alleviate its environmental disposal burden. In the current work, the effect of UMO on the internal structure of crumb rubber modified asphalt is investigated. This is carried out by employing rheological analysis including dynamic shear rheometer and microindentation testing. Rheological analysis was employed to determine the change in the phase angle (δ) as well as the complex modulus (G*) of the UMO modified asphalts as well as the crumb rubber modified asphalt (CRMA), in addition, temperature sweep viscoelastic analysis was employed to investigate the change in internal structure of the produced modified asphalts. Microindentation analysis was utilized to determine the hardness and elastic modulus of the modified asphalt liquid phase. Microindentation tests served to simulate the effect of UMO on the behavior of the thin asphalt layer over the aggregate which has a thickness measured in microns. Results indicate that the utilization of UMO only as a modifier to asphalt severely deteriorates the macro and micro mechanical properties of the binder. Combining CRM with UMO as modifiers to asphalt had better results. It is suggested to use UMO at a rate of 3%, or less, by asphalt weight.