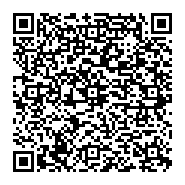 This study demonstrates the impact of wastewater of El-Sail Drain on the health of Oreochromis niloticus collected from two sites of River Nile at Aswan Governorate. One of these sites is before (I) and the other is after (II) the disposal point of El-Sail drain. The physicochemical parameters of water (pH, electric conductivity, total dissolved solids, dissolved oxygen, biological and chemical oxygen demands, nitrite, nitrate and ammonia) were determined. Heavy metals (Cu, Pb, Cd and Ni) concentrations in water and fish tissues (gills, muscles, liver and gonads) were detected. The microbiological, parasitological and pathological conditions of fish were also investigated. Higher values of pH, EC, BOD and COD were detected in site II than from site I. In contrast to DO, nitrite, nitrate and ammonia which were lower in site II. Heavy metals concentrations in water of both sites, especially Ni, Pb and Cd exceeded the permissible limits and its abundance followed the order: Pb>Ni>Cd>Cu. Total bacterial count, total coliform, Salmonella sp., Shigella sp. and E. coli were detected in higher numbers in water samples from site II. Moreover, the fish caught from that site revealed higher bacterial and parasitic infection. The bioaccumulation of Ni and Pb exceeded the maximum permissible limit; however, Cu and Cd concentrations were below the permissible limit in different tissues. The bioaccumulation factor of Cu showed its highest value in liver. The histopathological lesions were more prominent in fish collected from site II. So, consuming fish caught from the studied sites around El-sail drain disposal point represents serious hazard on human health.