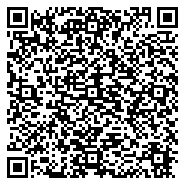 A study to determine the effect of increasing levels of dietary protein on green catfish (Hemibagrus nemurus), was carried out. Four isocaloric semi-purified diets containing 20%, 27%, 32%, and 37% dietary protein were used. Broodstock performance was evaluated based on growth parameters, reproductive parameters, and larvae production of female broodstock. Results showed that while the 20%, 27%, 32% and 37% protein produced the lowest specific growth rate (SGR) values, there was significant difference between 20%, 27%, 32% and 37% dietary treatments. The 20% dietary treatment also displayed longest time matured gonads and lowest of somatic ovi index and relative fecundity. Larvae production was highest from females fed with 32% and 37% protein, followed by the 27% protein while the diet containing 20% protein produced lowest number of larvae. Based on our results, we suggest that a minimum of 32% protein be included in the diet of female green catfish broodstock.