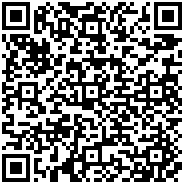 In late August 2010, a new draft amendment to the Criminal Law of the PRC, proposing to reduce the number of crimes punishable by death for less executions and better human rights, was submitted to the Standing Committee of the National People's Congress. Even if this amendment becomes effective, the latest development is just a new step closer to abolition of the death penalty and not a landmark at all, without properly filling in the gap between legislation and policy. The Chinese legislation will still deviate from its policy on the death penalty and some ICCPR provisions to a certain degree.