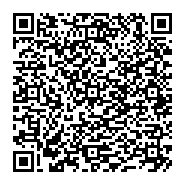 Crustacean growth occurs via molting, the periodic shedding of the exoskeleton. Understanding the genes involved in chitin metabolism associated with the periodic molt cycle is important for various applications to decapod crustacean aquaculture. Chitin synthase is an important enzyme in the chitin biosynthetic pathway that plays a major role in synthesis of new cuticle after molting. In this study, we isolated a full-length cDNA encoding chitin synthase (PajCHS) from Pandalopsis japonica through a combination of PCR (Polymerase chain reaction)- based cloning and bioinformatics analysis. The identified PajCHS encodes a transmembrane protein with 1525 amino acid residues (175 kDa). Comparison with other CHSs from insects revealed that PajCHS contains three domains: N-terminal domain A, catalytic domain B, and C-terminal domain C. Three conserved motifs (EDR, QRRRW, and SWGTR) were also well conserved within and near the catalytic domain B, suggesting that Paj-CHS is functionally active. Variation in the transmembrane helix within the N-terminal and C-terminal domains suggested that the orientation of each CHS may be different. Phylogenetic analysis suggested that PajCHS is an ortholog of CHS1 group members from insect species. However, tissue expression profiles indicated that epidermis, hepatopancreas, intestine, and gill were the major production sites for PajCHS transcript, which is considerably different from insect CHS1. qPCR results showed that eye stalk ablation and 20 hydroxyecdysone (20E) injection increased the expression level of PajCHS mRNA, suggesting that the expression of PajCHS1 may be controlled by endogenous 20E.