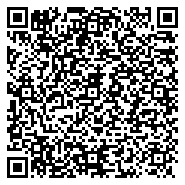 Biology and Medicine received 3500 citations as per Google Scholar report

A cross sectional study was conducted in Worabe town, Southern Ethiopia, to assess milk handling practice, determine physicochemical properties and evaluate the microbial quality of raw cow milk produced in the town. Three kebele were purposely selected based on their dairy production potential one kebele from town two kebele from rural. A total of 120 dairy farms consisting of crossbred dairy cattle were selected. The result of the survey indicates that the majority of the respondents (86.7%) follow milking procedures that include washing hands and utensils before and after milking, while 91.7% of the producers wash the udder and teats before milking. Majority of the respondents (100%) used purchased feeds in the farm and the main source of water was tap water. A total of 30 raw milk samples were collected and laboratory work was conducted to determine microbial load. The results of overall means revealed that 4.54 ± 0.67 cfu/ml total bacteria count, 2.95 ± 0.44 cfu/ml ColiForm count and 2.63 ± 0.46 cfu/ml yeast and mould count. There was a significance variation (p<0.001) for total bacteria count and yeast and mould among the three kebele no significance difference for ColiForm count. The result revealed that overall mean for specific gravity (density), water, fat, protein, solid-non-fat and total solid milk samples were 1.02 ± 0.02, 88.54 ± 1.51, 3.54 ± 0.76, 3.23 ± 0.61, 8.15 ± 3.00 and 11.46 ± 1.51 respectively. Except SNF and TS the physicochemical property of milk from all milk production was under the acceptable level. The microbial quality raw milk produced by the milk shed was poor. Therefore, to ensure safety and quality of milk and health of the public, strict hygienic practice should be followed during milk production and handling.