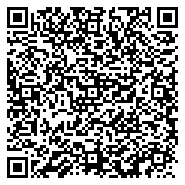 Background: Leprosy is caused by bacteria mycobacterium leprae though very few believed this. In perception of community leprosy is disabling, incurable, hereditary disease, and associated with dirtiness, oozy and bad smelling wounds. Negative perceptions result in reduced quality of life for leprosy patients and hold back their access to health care services. In Ethiopia Leprosy was identified as major health problem since 1950 and it is still endemic in Oromia, Amhara and Southern Ethiopia. Objectives: To assess knowledge and attitude of the community on leprosy.
Methods: Community based cross sectional study was conducted. 296 houses were selected using systematic random sampling. Data was cleared, checked and analyzed by master sheet, scientific calculator, and computer and presented by using tables, figure and narrative texts. Chi-square test was done and p-value <0.05 was considered statistically significant.
Results: Overall 57 (19.31%) of the respondents had high level knowledge on leprosy. Majority 205 (69.26%) knew that leprosy can lead to deformities and disfigurements, 143 (48.31%) believe the disease is caused by bacteria, 120 (40.54%) believe it is due to curse or punishment by God and 228 (77.03%) said it is hereditary. 105 (35.47%) believe leprosy is transmitted by having sexual contact with leprosy patients. 275 (92.91%) said leprosy can be treated by drugs. 107 (36.15%) did not want to sit with leprosy patients. Age, religion and educational status had association with knowledge of leprosy. Conclusion: About four fifth had low level knowledge and majority had negative attitude on leprosy. Majority knew multiple causes for leprosy. Less than half replied that leprosy is caused by bacteria and more than one third said it is caused by curse or punishment from God. Health education to reduce stigmatizing behaviors and improve the community knowledge of and attitude to leprosy should be given focus.