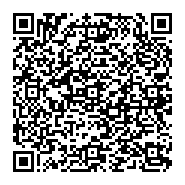 Background: Toxoplasmosis is a parasitary disease that presents high rates of gestational and congenital infection worldwide being therefore considered a public health problem and a neglected disease. The aim of this study was to determine the seroprevalence of toxoplasmosis in pregnant women referred to the medical biology laboratory of the Pasteur Institute of Dakar (Senegal) between January 2014 and December 2019.

Methodology: This was a cross-sectional, descriptive, retrospective study of 10892 blood samples from pregnant women aged 16 years to 46 years. The Architect toxo IgG/IgM from Abbot Laboratories, which is a Chemiluminescent Microparticle Immunoassay (CMIA), was used for the quantitative determination of antibodies against Toxoplasma gondii in human serum.

Conclusion: T. gondii seroprevalence was significantly higher in pregnant women older than 36 years, leaving younger women more susceptible to primary T. gondii infection and their babies to congenital toxoplasmosis. There will be a need to increase awareness of the risk factors for toxoplasmosis and its different modes of transmission in these high-risk groups; but this should be supported by epidemiologic studies of the distribution of risk factors for toxoplasmosis in pregnant women and women of childbearing age.