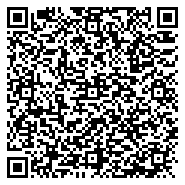 This study was conducted at Lake Small Abaya Ethiopia, to identify Clinostomum and Contracaecum parasites from a total of 384 O. niloticus species sampled during November 2013- April 2014. Of the 384 samples collected, 138 (35.9%) were infested with nematode of Contracaecum species and 72 (18.8%) were infected with trematode of Clinostomum species. The intensity of infestation by Contracaecum and Clinostomum was 1-19 worms per fish (mean intensity=4.47) and 1-12 worms per fish (mean intensity=3.56) respectively. There was no significant difference (p>0.05) in the prevalence of infestation among host sex, host size and host weight. There was no any statistically significant (p>0.05) correlation between the number of Clinostomum, Contracaecum and the mixed number of parasites and the fish’s condition. In conclusion, the study show that fish parasite are prevalent in Small Abaya lake .Hence, further studies and appropriate control measure are recommended to reduce their effect on the fishery industry and public health.