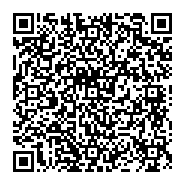 Background: Lower limb fractures are relatively common injuries resulting from sport or vehicle accidents, falls, and other situations. The most frequent site of such a fracture is the distal third of the tibia. Different methods ranging from crash tests using anthropometric dummies to finite element modelling have been used to study fracture mechanisms. This study developed an electromagnetic human lower limb model to provide a prototype for testing compound fractures at desired break locations under forces similar to that of a real human tibial fracture. The prototype’s ability of simulating such a fracture was assessed.
Methods: The prototype had realistic dimensions, fracture locations and load to fracture magnitudes of a 50th percentile human male lower limb. Both the limb and the testing assembly were modeled in SolidWorks (Dassault Systems, SOLIDWORKS Corp, Massachusetts, USA). The electromagnetic model had a lower and upper segment with the electromagnet (APW Company, Rockway, New Jersey, USA) mounted in-between. A drop test was used to test the model dynamically.
Results: The model was tested under different loads and peak forces that led to a break were identified. The model was reusable after each break and is therefore suitable for repeated testing.
Conclusion: This paper presents the characteristics of the electromagnetic breakable and reusable human lower limb model, results of the break under similar forces that cause real-life human lower limb compound fractures, and recommendations for future development of the model.