Surgery of Breast Cancer Brain Metastasis at Joliot Curie Cancer Institute: About 4 Cases and Review of the Literature

To describe the place of surgery in therapeutic management of breast cancer brain metastasis at Joliot Curie Cancer Institute according to 4 cases. Age at diagnosis was 31, 48, 57 and 63 years. Patients were stage 2 and 3. Molecular were triple negative in 1 case, HER2 positive in 1 case and hormone positive in 2 cases. The median delay of brain metastasis occurrence was 20 months. Neoadjuvant radiotherapy was performed for 1 patient. Surgery of metastasis was complete for 1 patient and partial for 3 patients. No patient had adjuvant whole brain radiotherapy. The average survival time was 13 months.

Patient of 48 years, having presented a left breast T3N1M0 carcinoma triple negative. She received neo-adjuvant chemotherapy followed and mastectomy with axillary dissection followed by external radiotherapy on the chest wall. She presented 6 months after the end of treatment a persistent headache. CT of the brain showed a single large frontal secondary tumor (Figure 1). She underwent brain radiation therapy. Post radiation therapy CT showed lesions filled with necrosis. Radiotherapy was followed by surgery of the metastasis. It consisted of necrosis drainage. She felt better without headache. She died 6 months after surgery after temporal relapse. Patient of 57 years, I geste I pare, having presented a right breast cancer classified T2N1M0, with positive oestrogene and progesterone receptors. She received neo-adjuvant chemotherapy and mastectomy with axillary dissection followed by external radiotherapy on the chest wall. She presented 24 months after the end of treatment a sudden hemiplegia. Brain CT showed a single isolated frontal 5 cm of diameter secondary tumor. She underwent surgery of metastasis and had complete histologic and radiologic response (Figure 2). 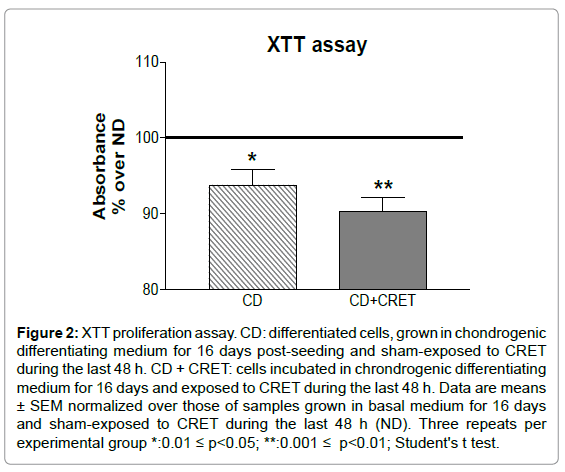 Figure 2: Brain metastasis before and after surgery.

She recovered the motor function at 60%. Adjuvant radiotherapy was not performed. She died 18 months after surgery after a recurrence of the brain tumor (Table 1).

Patient 63 years old, having presented an invasive right T2N1M0 breast carcinoma of non-specific type with positive hormonal receptors and HER 2 negative. She received neo-adjuvant chemotherapy followed by a mastectomy with axillary dissection and radiotherapy on the chest wall. She presented 47 months after the end of treatment headache and balance disorders. Central nervous CT showed a single 4 cm cerebellar metastasis filled with necrosis (Figure 3). She has undergone surgery to respect the metastasis (Figure 4). She recovered balance and all symptoms disappeared. She died 6 months after surgery. It was about a 31 years old patient treated for left breast carcinoma T4DN0M0. She was estrogen receptor positive and HER2 positive. She benefit from 2 courses of chemotherapy with a first line of CMF (cyclophosphamid, Methotrexate, Fluorouracile) and a second line of AC (Adriamycin, Cyclophosfamid) and then mastectomy followed by radiotherapy and hormone therapy. After 5 month of tamoxifen she claims of headache. Clinical examination showed intracranial hypertension and motion disorders while MRI showed a posterior cerebral single metastatic lesion. She underwent non optimal surgery of the metastasis and recover motion and behavior. Secondary lesion of the brain relapsed 21 months after and death occurred.

According to Paget theory of ‘’seed and soil’’ since 1889, the brain seems to be a good field for Cerb2 overexpressed breast cancer [10]. The management of patients with metastatic disease at time of diagnosis showed a poor prognosis. The management of these patients is systemic and cerebral [11].

The median time of occurrence is shorter than the delay found in the literature [12].

Headache, epilepsy, intracranial hypertension and seizure are the most frequent symptoms. The peripheral signs are related to the sites of metastasis. The most frequent is hemiplegia [13,14]. The severities of signs are related to number and size of metastasis [15]. The size, location and number of metastases are well appreciated in Imaging. Computed tomography and magnetic resonance imagery (MRI) are the main modalities. MRI has a better sensitivity [16].

Invasive adenocarcinoma with non-specific type is the most frequent histological type. HER2 cancers develop cerebral metastases in at least 50% of cases. Anti HER2 treatment improves the prognosis. Triple-negative breast cancer is the second in terms of frequency after HER2 subtype. Secondary lesions for triple negative cancers are more systemic than cerebral [17,18].

Treatments are hierarchized. Corticosteroids are mandatory. Symptoms are better controlled before surgery and radiotherapy [19]. Surgery is the main curative treatment. The indications depend on the benefit/risk ratio. Respectability depends on the number, location and size of the tumors. Temporal tumors have better prognostic. Surgery is optimal for lesions 30 to 40 mm away from functional areas. Clears surgical margins are recommended and surgery need to be followed by pan encephalic radiotherapy [20,21]. The modalities of radiotherapy have evolved over time. The exclusive radiotherapy of the encephalon is dedicated only for multiple lesions. Between 1 and 4 lesions less than 30 mm, radiosurgery is less deleterious than surgery [22,23].

Complications of surgical treatment are frequent. They are related to edema, functional parenchymal resection and decubitus [24,25]. The contribution of new technologies in surgery including neuronavigation and intraoperative monitoring provide surgical precision and safety [26]. The first month post-operative period is marked by at least 6% of major neurological complications in the best centers. The prognosis depends on the quality of the resection, the sequelae and the molecular profile of breast cancer. Survival is around 1 month without treatment, 2 months under corticotherapy and is improved from 60 to 80% after total irradiation [27]. Radiosurgery provides 95% local control but does not improve prognosis without surgery. An increase of lesion size can be observed on CT and MRI while biopsies shows for the same cases tumors necrosis [28,29]. Chemotherapy reduces the size of metastasis. Its prognostic role is not important. The regimens based on telozolomide, cysplatin, etoposide and capecitabine are recommended [30,31]. HER2 patients benefit from the addition of lapatinib and trastuzumab. The experience of intratechal trastuzumab does not seem very conclusive. The combination of chemotherapy and target therapies is better than targeted therapies alone [15,32,33]. Prevention of cerebral metastases is the main strategy to reduce mortality associated with breast cancer brain metastasis. Tailored treatment according to the molecular profile particularly HER 2 overexpressed patients is the main axis of this prevention [34].

Surgery in combination with radiotherapy and targeted therapies is the most effective treatment of breast cancer cerebral metastases. Isolated lesions have better prognosis. Prevention through screening programs and the strengthening of diagnostic rules, particularly in the determination of the biological profile of cancers, can improve the prognosis in disadvantaged centers.

Ethics Approval and Consent to Participate

There are no competing interests.

Copyright: Â© 2017 Sidy KA, et al. This is an open-access article distributed under the terms of the Creative Commons Attribution License, which permits unrestricted use, distribution, and reproduction in any medium, provided the original author and source are credited.