Background: Active immunization has been able to turn many childhood diseases into distant memories in industrialized countries. It has been found to be one of the most cost-effective public health interventions. However, immunization coverage has continued to falter in Nigeria due to missed opportunities, non availability of services and probably fears of adverse events that follow immunization. We therefore set out to determine mothers’ knowledge and perception of adverse events following immunization (AEFI) in Enugu. Methods: A structured interviewer administered questionnaire was administered to 235 mothers with at least one child < 5 years attending children outpatient clinics. Result: Most mothers (50.1%) had tertiary education, 39.6% and 9.4% had secondary and primary education respectively while 0.9% had no formal education. Five did not know why children were immunized, 188 knew it was to prevent major killer diseases, 33 believed it was to prevent all diseases while 9 believed it was to treat diseases. The knowledge of reason for immunization was significantly associated with maternal educational (p=0.000). Most (89.8%) also knew that the major content of vaccines were chemicals/substances that could help prevent killer diseases. While 1.3% believed vaccines contained harmful materials, 8.9% had no knowledge about the content of vaccines. This was significantly associated with maternal education (p=0.001). Majority (34%) were unable to mention any adverse event, 31.6% mentioned only one adverse event. While, 23.8% mentioned two, 10.6% mentioned three or more AEFI. Eighty percent would continue if their children suffered adverse events, 6% would not continue, 13.6% were undecided and 0.4% did not respond. Conclusion: There is poor maternal knowledge about immunization and the adverse events that could follow immunization. Community participation, and sustained public awareness are needed to erode fears of AEFI.

Immunization renders one immune to a disease. It is clear that active immunization has turned many childhood diseases into distant memories in industrialized countries [1] and it has been regarded as the most cost-effective intervention for child health promotion by WHO [2]. Vaccination was actually one of the 20th century’s most successful methods of disease prevention and eradication. This is exemplified by the eradication of small pox all over the world, and by 1994, the Americans were certified wild Polio virus free [1]. The benefits of immunization apart from reducing cost of disease treatment include healthy childhood, alleviation of family poverty and suffering [3]. The diseases targeted by routine immunization are all preventable and are among the leading causes of high childhood morbidity and mortality. This is evidenced by the unacceptably high infant mortality rate in developing countries including Nigeria [4].

Immunization needs to be offered at every opportunity with the aim of eliminating these vaccine-preventable diseases. In Nigeria however, studies [5,6] have shown that immunization coverage was on the decline. Reasons include failure to assess immunization status of children during visit to health facilities, failure to administer all the needed vaccines simultaneously [5,6], and probably fears of adverse events, as is seen in developed countries today [7]. These have resulted in a faltering rate of immunization coverage, probably with the incidence of vaccine-preventable illnesses on the rise. Also, in the absence of a direct threat from disease, it is obvious most mothers will not undergo vaccination, more so in the face of adverse events [1]. In a study [8] on what level of vaccine-related risks most parents will tolerate, in western Ontario, most mothers accepted risks ranging from one adverse event per 100,000 to 1 million vaccinations. However, 14 per cent would not accept any vaccine related risk at all. Another study [8] in USA found that children of parents who had specific concerns regarding side effects or who believe that their child was getting too many shots had significantly lower coverage than those children whose parents had no such concerns.

The commonly encountered adverse events that follow vaccination include pain at the injection site, swelling, and redness at the site of injection. Others are fever, rash, excessive crying, drowsiness or irritability [1]. Some though rarely may convulse, have anaphylaxis or encephalitis. We are not aware of any study in Africa about the views of mothers regarding adverse events that could follow immunization. It then becomes very imperative that the knowledge and perception of mothers about the adverse events following routine immunization in our environment be determined. This may provide an insight into the cause of dwindling immunization coverage. The aims of the study were then to determine the knowledge and perception of mothers about AEFI.

This was a cross-sectional study carried out at the children’s clinic of University of Nigeria Teaching Hospital, Ituku. Ituku is about 25 Kilometres east of Enugu. Data were collected from mothers at the curative and preventive sections of the children’s clinic. Mothers’ with at least one child less than five years of age attending either section of the clinic and consented to the study were recruited and interviewed using a structured interviewer administered questionnaire. Some of the information sought by the questionnaire included: mother’s age, mother’s educational level and occupation, why children are immunized, name of some adverse events following immunization, if mother would continue immunization after an AEFI and father’s views of immunization. Mothers whose child/children are older than 5 years and those who did not consent were excluded. Data were analyzed using SPSS version 15 software. Results were presented as tables and charts. Chi square tests were used to test for statistical significance and p value of <0.05 were considered significant. Ethical approval was obtained from the University of Nigeria Teaching Hospital Ethical Committee.

Table 1: Respondent’s knowledge on why children are immunized. 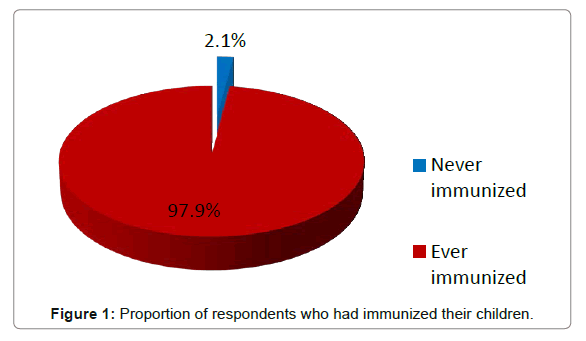 Figure 1: Proportion of respondents who had immunized their children.

Majority (80%) knew why children are immunized but 20% did not (Table 1). However, 14% thought immunization was to prevent all diseases, and 4% to treat diseases. There was significant association between maternal education and knowledge about the reasons for immunization (Χ2 =48.3, p=0.000).

The favourable disposition of mothers to immunization 232(98.7%) was similar to that of their husbands 229 (97.5%). There was no statistical relationship between maternal education and believing in immunization(Χ2 =11.7, p=0.23).

Table 2: Knowledge of respondents on types of AEFI. 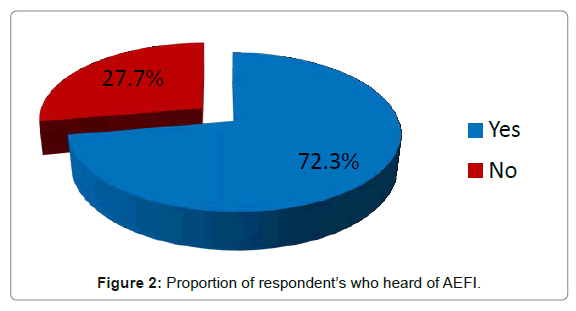 Figure 2: Proportion of respondent’s who heard of AEFI.

A hundred and twenty six (53.3%) and 86 (36.6%) trust doctors and nurses respectively for information on immunization. 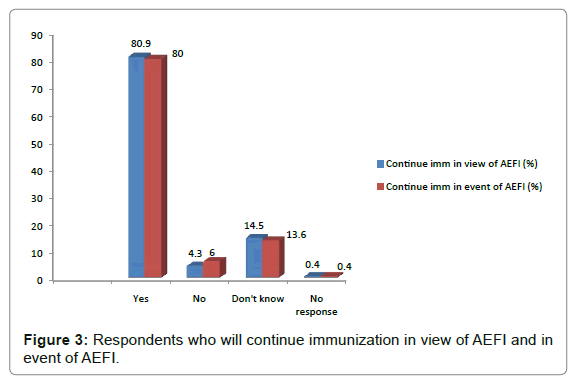 Figure 3: Respondents who will continue immunization in view of AEFI and in event of AEFI. 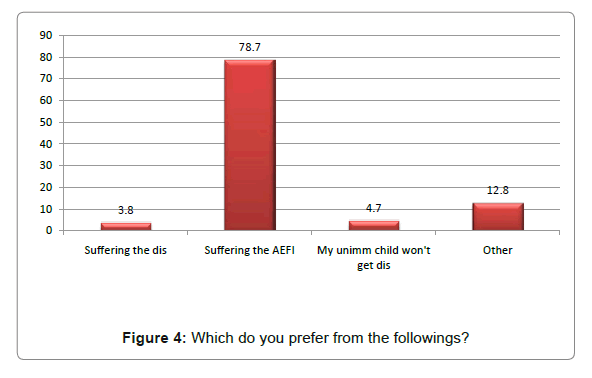 Figure 4: Which do you prefer from the followings?

There was significant statistical association between maternal educational level and preference of the diseases or side effects (Χ2 =17.1, p=0.047).

Parental knowledge [9] as well as maternal educational level [4,10] have been documented to influence immunization uptake. In this study, most of the mothers had tertiary or secondary education. This seemingly high literacy level may have influenced the knowledge of the reason for immunizing children. Though this may not reflect the true knowledge of mothers in Enugu as it is a hospital based study, it does however show that a better understanding of the reason for immunization is influenced by maternal education. However, the fact that some of these mothers believed that children were immunized to prevent all diseases, and others do not know why children are immunized is ominous. This is because failure of immunizations (as a result of the fact that vaccine protection is not 100%) to meet their yearning or aspiration of disease free childhood may negatively impact on immunization coverage. These mothers could influence the choice of other mothers not to immunize their children. This could lead to a rise in vaccine preventable diseases in Nigeria. Studies [11,12] have shown that not being aware of the reasons for vaccination is the main reason for children not being fully immunized. It underscores the need for improved public awareness and health education by immunization providers about the specific benefits of immunization. The challenge therefore is for immunization/healthcare providers to offer adequate immunization information-benefits and adverse events to parents so that their concerns about safety/adverse events will be allayed.

The high maternal educational level in this study is also significantly associated with the knowledge of the active ingredient of vaccines as chemicals/substances that could help prevent the killer diseases (p=0.001). However, some, who erroneously believed that the ingredients in vaccines are harmful materials as well as those who did not have any knowledge about the contents of vaccines could also adversely affect immunization coverage.

A good number of the mothers who participated in this study had a favourable disposition towards immunization. However, this was not significantly associated with their educational level. This finding is similar to the finding of Sultana et al. [13] in Pakistan who noted that a significant proportion of the mothers in their study had a positive attitude towards immunization and were ready to pay for it. It also agrees with the finding of Kabir et al. [14] among northern women of Nigeria. The fathers also had a good disposition toward immunization and did not object to it. This is unlike the finding of Kabir et al. [14] who noted that the influence of husbands is one of the main factors responsible for mothers’ unwillingness to vaccinate their children. This may explain the lower immunization coverage of the northern parts of the country compared with the southern parts.

A good number of the participants in this study had also heard about adverse events following immunization. This knowledge was not related to maternal education. However, 34% of the mothers could not mention any of the adverse events that may follow immunization. It is most unacceptable to note that nurses, lawyers and even young doctors who participated in this study could not mention adverse events that may follow immunization. The dearth of knowledge may reflect the reasons for abstinence or lack of will to immunize children. This is similar to the finding of Shah et al. [15] in India.

It is encouraging to note that most mothers believed that immunization should continue despite the occurrence of adverse events and that suffering the adverse reactions were better than suffering the diseases. However, about one-fifth would not continue immunization should their own child suffer any adverse reaction. This was not significantly associated with maternal education. Some mothers erroneously believed that their children would not suffer the diseases even if not immunized. To achieve MDG 4, mothers must be encouraged and enlightened at all cost to continue immunizing their children so as to prevent deaths from these vaccine preventable diseases. The role of education in this regard cannot be overemphasised. This is because a child with one educated parent has an increased likelihood of being appropriately immunized [4].

The finding of some mothers who believed that the main contents of vaccines were harmful and that they would rather suffer a disease than suffer the vaccine AEFI; requires serious attention. This is particularly important when the data generated is from the southern part of Nigeria where it is generally assumed that vaccine uptake is not a major issue. It may also be necessary to carry out a similar survey in rural communities in the country.

The Nurses at the Institute of Child Health, University of Nigeria Teaching Hospital.

Copyright: © 2013 Nnenna TB, et al. This is an open-access article distributed under the terms of the Creative Commons Attribution License, which permits unrestricted use, distribution, and reproduction in any medium, provided the original author and source are credited.