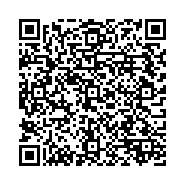 Within the last twenty years, wheat has become the most important crop in Egypt. Egypt seeks to increase productivity and yields in order to meet the target of producing 75% of its own wheat needs [1]. Leaf rust or brown rust caused by Puccinia triticina (formerly known as Puccinia recondita f. sp. tritici) has been the most frequent disease in wheat producing areas [2]. Studies in Egypt estimated crop losses of up to 50% due to leaf rust infection [3].

The cultivation of resistant varieties remains the most economic and environmentally preferable method to manage this disease. To date, 80 genes and alleles of leaf rust resistance genes in wheat have been mapped to chromosome location and given gene designations [4]. Some of the resistance genes are effective at seedling stage and they are race specific [5]. Several of these genes may become ineffective due to the emergence of new virulent races and also because of rapid evolution and adaptation of pathogen [6]. In contrast, others are effective through the adult plant stage and are referred to as slow rusting genes and they are race non-specific provide durable resistance or a broad spectrum of races. Therefore, a cultivar that only has slow rusting resistance to leaf rust will display susceptible infection type response throughout the entire lifecycle of the plant [7]. Slow rusting resistance can be measured in the field by recording disease severity at weekly intervals and then calculating the area under disease progress curve (AUDPC) [8].

Efficient incorporation of Lr 34 in adapted germplasm using traditional methods was difficult because of its quantitative inheritance nature. Thus, using of molecular marker technique is the best alternative methodology to identify and consequently to incorporate this important gene in economically important genotypes. Available information about Lr 34 gene sequence provided good tool to develop and to track its introgression in different genotypes and consequently its pyramiding in commercial varieties [9]. Therefore, development of molecular marker for Lr 34/7DS region has been a major objective for marker assist selection (MAS) for this important gene. [11] were able to utilize the available knowledge about this locus to develop a specific codominant marker namely; csLV34. This marker had the ability to diagnose the Lr 34 gene in diverse cultivar backgrounds [12]. It revealed a bi-allelic nature where 79 bp deletions in an intron sequence were accompanied by the presence of Lr 34 gene resistance. Several other markers that differentiate among the alleles of Lr 34 have been described [9,13].

Table 1: List of the local wheat varieties that were used, pedigree and year of release.

The tested wheat genotypes were sown in rows and were surrounded by spreader plants (Morocco and Thatcher) which were moisture by a fine spray with water and dusted with a mixture of leaf rust urediniospores and talcum powder at the ratio of. 1:20 (v/v). The inoculation of all plants was carried out at botting stage [18]. Adult plant response was scored as rust severity (%) for each genotype after disease on set till the early dough stage according to the scale proposed by [19]. Rust severity of each genotype was recorded every seven days after the appearance of initial infection, using the modified Cobbs scale [20]. Final rust severity (FRS) was recorded as outlined by [21], as disease severity (%) when the highly susceptible check variety was severely rusted and the disease rate reached the highest severity. Also, area under disease progress curve (AUDPC) was estimated to compare different responses of the tested genotypes using the following equation:

Young leaves were collected from two-week old plants of all genotypes and were subjected to CTAB protocol for genomic DNA Extraction, which is based on method of [23]. DNA concentration was estimated and used as PCR template. DNA samples were visualized on 1-2% agarose. Polymerase chain reaction (PCR) was conducted to detect specific Lr 34 gene fragment using specific primer namely; LrcsLV34 as described in [11]. The sequence of the forward primer is 5`GTTGGTTAAGACTGGTGATGG3`and the reverse primer is 5`TGCTTGCTATTGCTGAATAGT3`. Polymerase Chain Reaction (PCR) was undertaken in 50 μL total volume containing 5 μL of 10X PCR buffer, 4 μL (25 mM MgCl2), 1 μL (10 ng) of DNA, 1 μL (100 ng, 125 picomole) of primer (forward and reverse), 1 unite of Taq DNA polymerase. PCR amplification conditions were initial denaturation at 95°C for 5 min, denaturation at 95°C for 1 min, annealing at 55°C for 30 s for 35 cycles, extension at 72°C 1 min, and final extension at 72°C for 5 min. The PCR products were analyzed by electrophoretic separation in a 1-2% agarose gel. DNA marker of 100 bp DNA ladder marker was added on one side of the gel to determine the size of the DNA pattern. Gel was stained with ethidium bromide.

For further resistance evaluation of the wheat genotypes under investigation, the presence of the Lr 34 was investigated. The STS marker for Lr 34 gene was used to identify the presence of the resistance allele in genotypes under study. The csLV34 is a PCR-based marker and it was mapped 0.4 cM from this gene and validated in many genotypes from different parts of the world [11]. In other words, this marker is capable of differentiating among lines with/out this gene. The csLV34 primer amplified two fragments of 150 and 229 bp in positive and negative controls, respectively. The csLV34a allele (229 bp) was detected in the check cultivar Giza 139 and csLV34b allele (150 bp) was detected in the near isogenic line Thatcher Lr 34 (Figure 1). Five wheat varieties i.e. Sakha 8, Sakha 94, Sakha 95, Sids 13 and Shandweel 1 showed csLV34b allele. Based on the amplification of the 150 bp fragment, these varieties were identified to carry Lr 34. While the wheat varieties Sakha 69, Sakha 93, Misr 1, Misr 2, Giza 160, Giza 163, Giza 164, Giza 165, Giza 168, Gemmeiza 5, Gemmeiza 7, Gemmeiza 9, Gemmeiza 10, Gemmeiza 11, Sids 1, Sids 12 and Sids 13 showed csLV34a allele. This result indicated the absence of Lr 34 in these varieties. At the same time, durum wheat varieties showed the cslV34a allele indicated the absence of Lr 34 (Figures 2 and 3) in addition of large fragment which it was unrelated to the gene Lr 34. However, the diploid Aegilops tauschii the progenitor of D genome in cultivated wheat was tested and the presence of csLV34a allele was demonstrated.

A set of Egyptian wheat varieties released from 1979 to 2014 and an older variety namely Giza 139 were tested for the leaf rust resistance and for the variation in the locus Lr 34. Thus rust incidence as final rust severity (FRS%) was recorded for each of the tested genotypes. However, the wheat varieties Sids 12, Sids 13, Misr 1, Misr 2, Shandweel 1, Beni Sweif 4 and Beni Sweif 5 were very resistant during the two growing seasons 201/12 and 2012/13 at both locations i.e. Shibin El- Kom and Itay El-Baroud. Therefore it was concluded that the resistance in these varieties mainly due to race-specific resistance gene (s) against leaf rust.

Slow rust resistance at adult plant stage to leaf rust in the tested wheat varieties can be accurately measured by using area under disease progress curve (AUDPC) parameter, which considered the most convenient and a good reliable estimator for indicating the amount of rust infection occurred during an epidemic. Furthermore, AUDPC in particular is the result of all factors that influence disease development such as differences in environment, varieties and population of the pathogen [22,24] reported that disease development and AUDPC are the best estimators of partial resistance in wheat to leaf rust.

According to the obtained results and depending on the values of AUDPC, it could be stated that the wheat genotypes Lr 34, Giza 165, Giza 168, Sakha 8, Sakha 94, Sakha 95, Gemmeiza 5, Gemmeiza 7, Gemmeiza 9, Gemmeiza 10, Gemmeiza 11 and Sohag 3 have high level of slow rusting resistance under field conditions through the two growing seasons at both locations. These genotypes showed the lowest AUDPC values (less than 300), therefore this group of genotypes characterized as slow rusting resistant group. On the other hand, the wheat varieties Giza 160, Giza 163, Giza 64, Sakha 69, Sakha 93, Sids 1 and Giza 139 have been severely rusted, showing the highest values of AUDPC (up to 840). Consequently, these varieties classified as the highly susceptible or fast rusting varieties group [25] found that the wheat cultivar Agra Local showed the highest value of AUDPC (1300), the wheat cultivar Kundan showed least AUDPC value (217). While the wheat cultivars Trap (317), Galvez-78 (344), Mango (412), Chris (504) and PBW-348 (737) [26] reported that the wheat cultivars Chenab 70, WL 711, Pak. 81 were fast rusting cultivars, while the cultivars Pavon, FSD and INQ-91 were slow rusting cultivars [27] found that the wheat varieties Giza 168 and Gemmeiza 7 showed partial resistance which they showed lowest values of FRS (%) (did not exceed 250) and AUDPC (not more than 250). Marker-assisted selection offers the opportunity to select desirable lines on the basis of genotype rather than phenotype [28], especially in the case of combining different genes in a single genotype. Results of this study showed the usefulness of the SSR markers for identification of the leaf rust resistance gene Lr 34 in the tested wheat genotypes.

The obtained molecular results by the cslV34 marker in combination with the knowledge of the origin of the varieties understudy, may be enabled the most likely the origin of the important gene Lr 34 in wheat Egyptian genotypes. Results of this research proved that Sakha 8 carried this gene. Also, previous results in our laboratory by [35] came with the same conclusion using genetic analysis. Sakha 8 was released in 1987. In this era 1970s, Akakomughi of Japanese origin appeared in the pedigree of all Egyptian cultivars released [36]. Akakomughi is a grandparent of spring wheat variety Frontana which was used widely as a source of Lr 34 [6]. Therefore, it may be concluded that the Lr 34 gene was first introduced to Egyptian varieties back in 1970s. Also, Sakha 8 may become the donor of this gene in subsequent derivatives of crosses which led to many recent varieties such as Sakha 94, Sakha 95, Sids 13 and Shandweel 1.

Copyright: © 2015 Fahmi AI, et al. This is an open-access article distributed under the terms of the Creative Commons Attribution License, which permits unrestricted use, distribution, and reproduction in any medium, provided the original author and source are credited.