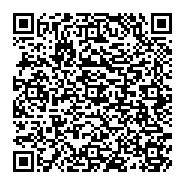 Background: One important diagnostic characteristic of schizophrenia is reality-testing impairment. Since the disease usually breaks out during adolescence, we hypothesized that visual processes that normally develop during adolescence will be affected in schizophrenic adolescents. Method: To test this hypothesis, we tested object naming and mental rotation performance in adolescents with schizophrenia and contrasted it with the performance of two control groups of healthy adolescents and young adults. To further examine the differences during development, we compared the standard performance scores of the three research groups. Results: Comparing the adolescent patients with healthy participants of the same age, we obtained significant difference of functioning in both tests. Moreover, Performance was lower as the disease broke out at an earlier age. Conclusion: The significant correlation between the age of onset of schizophrenia with severity of perceptual damage suggests that the onset of schizophrenia halts the normal development of the visual system. One limitation of the study is the difficulty to test whether the defects are due to the onset of the disease or innate cognitive deficits. Another limitation in this study is scarcity of patients is, but the significant statistical results cover up the theoretical association with reality testing, which is discussed.