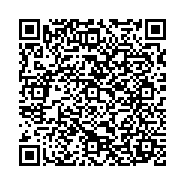 Objectives: This study is conducted in order to find out the prevalence of and exposure to violence, which is an important public health problem, in schools and to determine the factors affecting thereto. Specific factors investigated were exposure to violence, gender, age, type of school, economic status of families and level of education of mothers.

Method: This cross-sectional study was performed between March 2012 and May 2012. The population is 1575 students from 9th grade and the study is completed with 1405 students accepting to participate therein. A study questionnaire form established based on the “Youth Risk Behaviour Survey (YRBS)” prepared by CDC (Center for Disease Control and Prevention) is used as data collecting tool.

Results: The ratios of each violence-related behaviour are 35.8% and 14.1%, respectively for boys whereas 20.4% and 6.4% for girls. These behaviours are statistically more common among boys than girls (p<0.05). It was found out that there is a significant relationship between the students’ family income level and getting involved in a physical fight in school (p<0.05).Though no significant relationship is detected between mother’s educational level and getting involved in a physical fight and carrying weapons, ratios of gang membership is 6.2% for students whose a mother is illiterate and is 14.3% for student whose mother’s educational level is high school and above (p<0.05)

Conclusions: It is observed that each violence-related behaviour is more common among boys and with the increase in the mother’s education, tendency of being a member of a gang and getting involved in a physical fight accordingly increases.