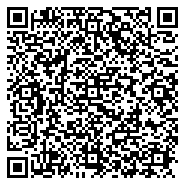 Variables that Predict Affirmative Responses to the Item If God Told Me to Kill I Would Do it in His Name: Implications for Radical Religious Behaviours

Groups of people who feel sanctioned by God or some equivalent perceived Deity to kill other groups of people who are considered external to the group sometimes constitute armies that eliminate others because they are different. Multiple regression was employed to discern which items from the Personal Philosophy Inventory administered to over 1,200 first year university students over 11 years predicted an affirmative response to the item “If God told me to kill I would do it in His name”. About 7% of the population answered “yes” to this item. Affirmative responders also stated that: they were “special agents of God”, people should be guided to ensure spiritual development and they went to church weekly. They also believed a sign would be given when a tough decision was to be made. Individuals who stated they would kill in God’s name endorsed more traditional religious beliefs than exotic beliefs. The consistency of the pattern over time for this population of normal young people living in an indentified democratic country suggested a potential trait (that if applied over large populations) might produce theme-congruent behaviors. Knowing the characteristics of individuals who respond in this manner might facilitate the development of strategies to reduce the dangerous applications of these beliefs and their recruitment by extremists groups