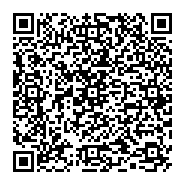 Background: We aimed to identify clinical variables linking school bullying with suicidal ideation among middle school students in South Korea, and to discuss the implications of our findings for school mental health in South Korea.

Methods: From September to October, 2012, 1,198 participants were enrolled from among middle school students in the 7th and 8th grade in Guri, South Korea. Psychometric tools, consisting of the BVQ, SSI-Beck, CES-D, CAS and AMPQ-II, were used to evaluate perpetration of bullying and bullying victimization, suicidal ideation, delinquency, history of childhood trauma, and depressive symptoms, respectively. The relationships between bullying, suicidal ideation, and latent variables were fitted to a structural equation model.