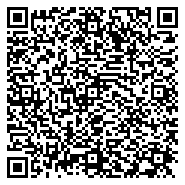 Development of new technologies for Biological Warfare Agents (BWA) stand-off detection implies several safeties, logistic and economic drawbacks that involve production of different highly virulent bacteria and viruses, their isolation and characterization under adequate bio-containment and sample preparation for each agent to evaluate the testing method. In order to overcome these difficulties most of the research activities and tests reported so far, are performed using simulants: Biological Agents (BA) which are phylogenetically or structurally related to BWA. The use of the simulants (BWA-S) show, however, some limitations: they can share some of the properties of the biological warfare agents but have different antigens, proteome and genome. In this work, different BWA-S was evaluated for the application in the development and training of stand-off detection systems. This study is the basis for the use of simulants in the development of an Ultraviolet Laser Induced Fluorescence (UV-LIF) based detection systems.