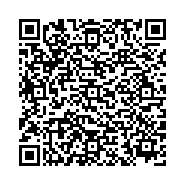 Background: Human alveolar echinococcosis is a severe parasitic disease of a progressive and neoplasm mimicking development, which has begun an emerging infection in Poland and some parts of Europe. Due to the very slow development after primary infection in human beings, in most cases alveolar echinococcosis is usually diagnosed in patients older than 40 years old. Advanced cases of E. multilocularis infection are sporadically reported in younger patients.
Objective: The aim of this study is to describe an unusual clinical course of severe liver alveolar echinococcosis in young Polish patients which is sporadically observed in other endemic countries.
Methods: Multi-disciplinary clinical and laboratory examinations, including epidemiological interview, imaging, histopathological and immunodiagnostic techniques have been performed during hospitalization in a reference university centre.
Results: We present three exceptionally rare cases of alveolar echinococcosis with final diagnosis established at an age under 30 years old. Thought a medical diagnosis recognised at a young age, only one of those patients could undergo a radical surgical resection of the parasitic mass located in the liver. Two other cases received longterm chemotherapy with albendazole due to an advanced and non-operative parasitic process with distant and contiguous metastases to the lungs and omentum. A possibility of a more intensive invasion with local E. multilocularis strains of a higher pathogenicity or acquired in very early infancy has been discussed.
Conclusions: 1. Alveolar echinococcosis should always be taken into consideration in a differential diagnosis of irregular space-occupying lesions located in the liver, especially in patients who live in endemic areas and their epidemiological history indicates potential risk factors for the infection. 2. In young patients alveolar echinococcosis is actually more frequently recognised than previously expected, and a clinical prognosis can be no less severe than in elderly patients. 3. Early diagnosis of E. multilocularis infection in humans facilitates the choice of proper and optimal treatment for saving or significantly extending a patient’s life.