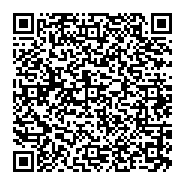 Objectives: The aim of this study is to analyze the evolution of diagnoses of personality disorders and their subtypes.

Method: We studied the total population of patients diagnosed with personality disorder (PD) and admitted to acute psychiatric units in all general hospitals, a total of 19 hospitals in Andalusia (south Spain), between 1995 and 2004. The Andalusian Public Healthcare System provides services to universal coverage, so our results are representative of general population.

Results: We analyzed the use of each diagnosis in the clinical practice and discussed the observed change in their trends. During this period, there was an increase in borderline, narcissistic, avoidant and dependent PDs, while antisocial, schizoid, obsessive-compulsive and non-specific PDs remained stable and there was a decline in the numbers of histrionic, paranoid and schizotypal PDs.

Conclusion: We developed a statistical model reflecting the use of PD diagnoses in a clinical setting, a model that could be used to classify such diagnoses in the future.