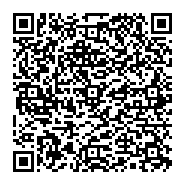 The Spatial Regularities of Violent Mortality in European Russia and Belarus: Ethnic and Historical Perspective

Objectives: The present article seeks contribution to understanding of spatial regularity in violent mortality. Methods: The spatial pattern of violent mortality in European part of Russia and Belarus over the period 1980-2013 has been studied. The distribution in ranking between 73 regions-subjects of Russian Federation and 6 regions of Belarus was investigated. This analysis was followed by a more detail examination of the violent mortality distribution across the north-south axis by using latitudinal approach both for European part of Russia and Belarus.
Results: The findings show the long-term continuality in the violent mortality geographical pattern. In the example with Russian regions the Spearman’s rank order correlation was found significant, for the maximum interval data available. The stable south-north gradient in violent mortality is manifested on the European territory of Russia and Belarus.
Conclusions: These data emphasize the role of historical and anthropological factors in determination of violent death geography. Attention was made on correspondence of mortality pattern with direction of Old Slavs migration in the early medieval period. Besides the historical vision accentuation the multidisciplinary background of this problem is discussed.